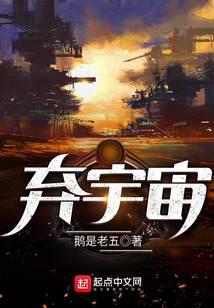 The earth’s vitality has recovered, but this is really not the story of the earth’s spiritual recovery.
It’s a story about the wandering universe.

Another Chines time travel Chiness idiot with mesiah syndrome and stupid love interest. He see girl was kind to him one time and He love her crazy. Then they see end world and beacome husband and wife. Then she die and she tell him that she sory beacose she dont love him. And thenm Mc time travel and he love her crazy like moron. And then he go to universe to reascue Earth from end world and to beacome hero. And we see that his last wife have wet drreams about him… Stfu ….. Bulshit level hard. Chines Logic…

And I must write about CHiness Cultivation blshit. In far far away galaxy any random alien tremble and fear Chiness immortal cultivators…….. Mega Ego

+ Something new here: The story is about MC who comes back 21 years earlier before nuclear wars as alien invasion as the main cause. Alien came to earth chasing the strongest human that got the shuttle to go to the universe. MC intended to replace him to go to the universe and never coming back so that Alien have no reason to invade earth.

– MC has a protagonist sickness, helping people and chasing girls without minding about the consequences. Well, pretty generic Chinese MC.
– To much things happened before he left for the universe. I personally think it’s unnecessary.
– Too much sense of drama throughout the story.

Oh And Mc kill people on the right and left all the time. Provoke people for random girls and mans. He steal and kill. And tell random Chines bulshit dao. And live only beacose plot armor. He cant win enemy and randomly with god help and miracle level up and can kill enemy 4 flor higher than him…

200 chapter His wife from old life before time travel who dont love him all the time. In the new life and time lane lost her hert for Mc and go to the uniwerse to chase Mc beacose he was her man and love… Chines Logic level hard….