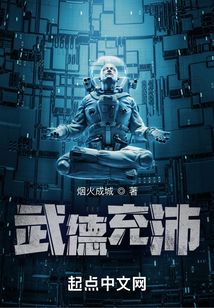 My surname is Wu, and everyone calls me Xiao Wu.
I have seen those mobile armors that surpass human imagination in the depths of the ground.
I have also been in the meteorite belt in space, and saw someone blow the stars with one punch,
Listen up brother, here are some of my fighting experiences:
Don’t listen to what it says when you fight with the dragon, just fight until you die;
It’s a little more troublesome to beat the goblin, it’s better not to let it see you, you have to shoot the black gun;
It’s a word to engage in orcs, naked!
If the devil is looking for trouble, you will break his horns, and he will kneel;

How is the story plot of this novel
By description i donot want ro read it.If anyone read it explain if it is worth reading

4.7 star ratings but not a single good review?

Okay, although I have only read 9 chapters so far but this novel is good! I don’t know why no one gave it a good review so far.

MC’s ability is Book Of Undead, through which Undead Spirits or Heroic Spirits can give him tasks, which mostly includes helping their current generation that’s alive or helping the people the favor. MC can aquire their skills and experience as rewards and become stronger. The plot isn’t cliche or copy paste and I am liking it so far.

It’s just that MC mainly lives in modern world so I am slightly worried if there would be nationalism in the future as 9/10 modern world.. Nvm make it 9.9/10 modern world chinese novel has nationalism, it’s just about how much of it they have, as for last 0.1 they include those that got dropped by authors before they made it that far or the ones that I might haven’t read so far.

Update: I read till latest chapter, which is chapter 78 and I can say that is is without a doubt the best novel Comrade Mao has uploaded in whole month at the very least, it has comedy, it has action, and the mc isn’t super lusty or dumb, instead he acts smartly!