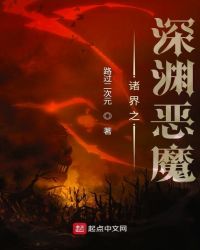 Abyss Demon of All Realms

Born in the bottomless abyss, abandoning everything in the past.
In the midst of killing and destruction, ascend to the highest throne with blood and fire!
I am the king of death and plague that corrupts the world, I am the demon god who burns all things to guide the end, I am the evil root of the pollution rules and degenerate all living beings, I am the devil who kills the Buddha and invades the way of heaven. It is also the opposite of all order, the lord of the bottomless abyss! ! !

It started off good. But there’s not enough details or explanation for what is happening. World building is terrible. Mc’s character is inconsistent. Sometimes he is smart and manupulative and acts like a devil and sometimes he remembers his morals i mean pick a side bruh.and the other worlds he goes to are just games and movie world (this is not something i liked as i hoped it would be an original world) But mostly the lack of detail puts me off.smh.

somewhere in the 200-300 chapters, he will have a girl elf, also like a harem will also be.

Couldn’t read any further than the WARHAMMER arc, too much senseless brutality for me.

Also, the system is not unique, it is even sold there (in the Abyss) and it loses its role at one level of development.

In short, in this novel, plus only the fact that the main character behaves like a true demon of the abyss, but only with reason, otherwise. there are no special advantages

a nasty low-level replica of a custom-made demon king

dude its ironic the best review I have seen for this novel is translated through google. Good review man

Chinese name of this novel ?

A ‘meh’ popcorn novel. Mediocre to its root with not even an iota of innovation, despite the endless possibilities to play with, in such a novel.

A man is reborn in the abyss as a devil with a system that helps him absorb souls more efficiently, and use them for evolution in a pointed manner. Apart from this, there is nothing going on. His whole journey is bland. No conflicts, no devil fights, no convoluted conspiracies. He kills other devils and grows. He evolves and kills more devils to grow. That’s fucking it!

Talking about his personality. Extremely one dimensional. Author wants to show him as a devils who does what he wants. But it’s so conflicting that you can’t even choose his alignement. That does not show how maveric he is, but how confused the author is. God damn select an alignement and follow it.

Author belives that evil is basically killing and torturing. So senseless death and mass murder is what defines the abyss and basically, the devils. Has he forgotten that devils are also described as insidious, cunning and manipulative liars. He’s turning all of them into mad berserkers who just love going into sudden murder sprees.

His world jumps are rather useless. He basically does nothing but collect souls as people kill each other. No conspiracies, no edging of each other, no ‘turning everything into hell.’ He just sits back and watches. And author spends a good amount of chapters describing this. All in all, just useless fillers with no output.

And finally, the unannounced time skips. Author will suddenly put in a time skip leaving you with no idea on what happened and when happened. If you are lucky you might be able to guess the duration and the story, with some unintentional clues. Or you will just go on reading as a headless clown.

A meh 2/5. Popcorn read with devil theme being the only saving grace.

Edit : Ch 175 : Wtf is with all this ‘MC is super handsome stuff.’ Author repeats this EVERY SINGLE chapter. Complete paras dedicated to praising MCs looks. If the author drops these paras the whole.novek can be 1/4 shorter.

Does MC even has a goal? Useless.

MC doesn’t have any goal at all, system useless later on its very boring the more you go into the novel MC getting stronger but there is no goal or anything he just spends he’s year learning or make some kind of experiments although it should be fun reading an EVIL MC but it’s very boring maybe cuz it’s straight rip off of the costume demon creation