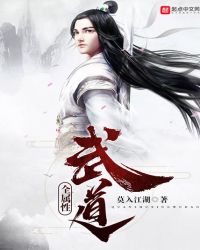 For me its a Good novel with a hard working MC

I am at ch 23, the MC is so baddass, he is not arrogant, brainless, and shitty MC unlike in other novels. Recommended.

Everyone should calm down, it’s not the first time they act like peaceful hero. isn’t it the same as all the other country ? I don’t see why you would get so angry like saying we should make war with them srlsy. As for covid come on, it’s politic if some people accuse them of being the one who made it to destroy other country.

I am sure you think this way you chinese “SIMP”

If you guys hate china so much then why do you still read chinese webnovels …🤔🤔🤔 thats quite hypocritical.

use your brain before comments !!! author never wish their novel translated into english via machine translator for free..they wrote novels for china citizens while other countries pirate via free web sites..and YOU free reader,just shut up and read your novels peacefully..and why chinese novels always targeting some countries,world war 2 was the reasons..read this article or browsing if you want to know why..https://www.hawaii.edu/powerkills/SOD.CHAP3.HTM

There are 4 different plaques from china in last 20 years

I find it a good novel.
Sure the cheat is OP as hell but it’s still fun to read.
I’m past 400 chapters and the only complain I have is that what seems to be the top powerhouses of their world are not super strong.
I mean next realm is where all the top humans of his world are at so pretty soon he will top everyone and the story will end (or he will go to other continents).

A Little Spoiler –
About the Chinese nationality issues, it’s hardly apparent, there are not sentences that glorify the Chinese and dismiss others.
Their country is in a crisis so sure the humans (Chinese in his case) keep themselves together.
There’s almost no mention of countries abroad and not generalization (unlike Nine Stars Poisonous Milk)

What’s the real title of this novel cause I’ve searched the raw but there’s nothing pops up about this story, I used Baidu as the browser still no traces about this story pls. Reply ASAP

Google search this: 所有属性武术 uukanshu … Anyways it’s easy to find these novels. I just translate the name to chinese simplified on google translate, then copy and search it. In cases like this one where the search doesn’t give what I want, then I add the name of the Chinese website I usually read on which you can see is uukanshu. Btw for those who don’t know, the browser Chrome can translate pages in other languages to your language so you can read the mtl of what you want even if websites like this one don’t have it yet.

Overall good novel if one ignores the obvious forcing of slow cultivation increases. MC clearly could just watch Generals fight from the first few months when he got offered a 3-time 12-star Dojo Master training that the author “forgot” about.

I love this style of novel, it has similarities with God level demon where the MC draws out fights in order to increase his strength more. He basically gets atributes when somebody performs a certain action like a basic fist technique, or sword intent.
He also has character progression and doesn’t immediately turn into a cold blooded killer when he first starts practicing martial arts, and is relatively naive at the beginning. For example when he killed a martial artist, he took their stuff, including their phones which had a tracker placed on them, so he had another confrontation with martial artists.
So far the harem seems vaguely one sided, but there isn’t really much interactions in this regard, the only two people I would say he has a chance in getting a relationship with is his highschool deskmate Lin Chuhan and his teacher Tantai Xuan.

I’m really enjoying this Novel. do you know other novels with this type of system? where does it absorb attributes ??

Damn even I m searching for such novels.. Its so hard to find such novels

currently at chapter 1341, did you find similar novels? at least has similar system

Well it’s a great novel if you are looking for OP Mc.. There is comedy but it’s basically just shamelessness from the Mc. The story is well written and yes this author better have copyrights from swallowed star because he copied many aspects of it in the later part of the story. There is romance but not so much highlighted. If people here can recommend books such as this it will be greatly appreciated..

currently at chapter 1341, did you find similar novels? at least has similar system TIA

Good novel but is missing a lot of chapters.

Plus some chapters seem to be missing content towards the end of them. I have read 762 chapters and it is annoying having to go to another site to read the stuff missing.

I am caught up to the latest chapter and it was good so far but one thing I noticed that made me kind of angry was how similar a lot of things in this were to Swallowed Star. The cultivation levels, the Virtual universe, the MC getting another body that swallows stuff to get stronger, the ability to make clones, the multiple universal powers, the MC going to a place for geniuses from all over the different places to get stronger, secret realms for training, and the Chaos secret realm he trained in was like that city where the MC from Swallowed Star trained in where they can study all the different laws, also both MC’s can jump a couple realms to fight.

Currently at chapter 1341, looking for similar novels, at least has a nearly same system. TIA

I dont get how ppl like this mc ….. brainless