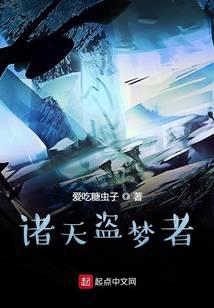 This is a story of a thousand dreams, proving the Tao and seeking longevity.
[The protagonist is neither dark nor Madonna. 】

Having lived with her for several months, Luo Shi’s many actions, actions, and words can touch the softness in Wang Meng’s heart.

Perhaps this is the feeling of home?

Wang Meng thought, there was a lot of affection in his eyes.

As you can see fellow Daoist.
Another traverse has fallen for the illusion called home.

MC traverse to wuxia world, absorbed memory of original body as a hunter, now accepts the parents and wife as his own.
hypocrite

His system can take MC to sleepwalk All Heavens and Myriad Realms, basically traversing again


Spoiler
mc and his 2 friends were walking in the mountains, heard two immortals fighting, mc knowledge was once again refreshed.

they searched for treasure but found none. but mc found a box
[A malicious spying by an unknown soul is detected, do you consume three points of luck to erase the spying soul? ]

mc forced himself to not erase the spying. but use himself as a experiment to see if he can get any immortal benefits
kinda like old senior in ring, guiding mc to immortal

mc basically milked this cultivator of all his secrets, mc now knows hes in the novel “A Record of a Mortal’s Journey to Immortality”

Trash , not worth reading . Too much nonsense and mc should be trying to become strong but instead he trying to be making family. It’s one thing mc take possess of someone else body but also taking his wife and f****** her and trying to live like a honest guy. This is fan fiction

not rating novel yet. but,

but worse since its 2 meters away from you (family)

its honestly crazy how people like the “immortal family cultivation” type novels as well
the mc’s genuinely have to just use all their effort to get others up to par, not even, maybe 2 great realms or lower since he’s their “ancestor”, but it feels like im just reading a farming simulator.