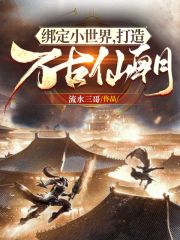 Bind A Small World And Create An Eternal Dynasty

“Search the world”
“Search succeeded”
“Choose fusion, ding, fusion is successful!”
“Congratulations to the host for advancing 10,000 in the world ranking and obtaining a Pangu Seal!”
Shen Ping, who has traveled to the world of low martial arts, the first task is to turn this small world into the eternal immortal dynasty that countless powerhouses envy and yearn for…

good but @ch 95+ the ch is incomplete

wow what a sh*t ending..
after mc woman succesfully build the dynasti n mc became the strongest in the small world,author ‘fast forwarding’ the story so it full with time skip,150ish n it ending =.=” what a rush n dissapointing ending

Waiting for a descent review…

Trash personality mc, what made me hate this novel is how mc’s mother first decide to marry him to a beautiful and girl and be was ready but then a pervert second generation coveted her and she refused. Guess what mc and his mother did? They went to girl’s family, gave money to them convincing (forcing) then to marry their girl as concubine to that pervert and also paying a lot of money to that pervert’s family so they don’t get entangled in their fight.

Isn’t that basically giving himself ready made NTR? That’s a cuck guy!

Later, when the plot made the girl escape, both the mother and son talked like she shouldn’t have escaped because it can cause problem for them and the money they spent will be wasted. Seriously, reading this ruined my mood.

As for system, it allows him to make avatar in other worlds and shows progress in text, his strength will increase with then, but author has everything under control, he can just keep killing them unless his plot needs mc to become stronger.

I can already tell one the clone #1 is going to live long till the end, so the system had good concept but the nerfing made it shitiest.

MC spends most of his days fingerings his two maids because he is rich, but he can’t use his tool because of family rules.

The all time Black Lotus Sect turned into White Holy Lotus Sect or something or maybe translation error.

I only read a few chapters, others might have different impression of it. But to me mc’s personality and courage matters most, first impression is the last impression so I would rather go and wait for updates on Starting With Five Animal Fists.

n the ‘girl’ u mention is nobody,no dialogue heck even mc not know her but u make it like she is the FL,so NO NTR

so its very reasonable for mc to stay away from the edge,but mc its not coward,he immediately cut the crisis when he have enough power(just the next few ch he assasinated the duo son n father official by himself)

about his system there is no nerfing at all,from mortal without root to immortal (nascent soul) with 5 element heavenly root(above TOP grade) + multiple divine ability in 140ish ch n u call it nerfing? n about his clone dead?its very normal for mortal to easily die in dog eat dog world like immortal world ,but its not as ridiculous as some simulator novel! so very reasonable one

Your review matches mine a lot lol, but people don’t believe mine smh…

If ther was an scale to measure novel then this would be just above the bottom tier trash novel, readable but not good. Firstly my guy hids his power for not reason what so ever probably because author wants to write face slapping scenarios. His cheat is nothing new just simulation novel mix with avatars in different world. mc iq probably is in negative but turns out he is an genius in this world. Even on top of that the novel is just boring overall author main polt is just mc faceslaping people other that he only bangs maid and eats medicine and food to get energy for cheat. Another thing to mention is that upper limit of his world is inate realm and guess what mc’s realm is above that but he still hids his power for no apparent reason even he could help his family tremendously even if showed some of his power, even his mother is worried that family might get destroyed but this guy doesn’t giv two shit about his mother as is busy banging maids and spending money on medicine and food