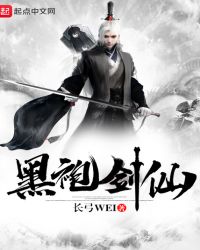 Lin Yun failed to survive the calamity in the league’s hottest virtual game “Three Realms”, but accidentally traveled to a world of immortals exactly like “Three Realms” and became an ordinary disciple of Sword Sect.
The fierce battle between the righteous and the devil is in full swing. Lin Yun is in Tianfeng City, which is about to be attacked by the devil, thinking about a question with a confused expression.
How can I survive after the city is broken?

I checked the raw and you’re right, this was dropped by the author

Mc cheat is mainly use in starting but later on it is rarely use . I think cheat is used in novel so mc don’t have bottleneck in cultivation .

Very good novel except for the fact that it’s dropped by author. There is a system but it only helped MC a little bit in the beginning. Later MC relied on his future knowledge to get various opportunities to get stronger. Later when he goes to Upper Realm, he is just a normal genius MC with no cheat (ignoring the fact that his master is one of the strongest person in the whole Three Main Relams).

5🌟 but don’t read if you don’t like dropping novels half story cause out of 10 Cultivation Relams(I think), MC just reached 5th Realm and author dropped the novel.

But the last chapter…

“Quicksand, do you know you the crime?!”

Classic move by the author to drop it