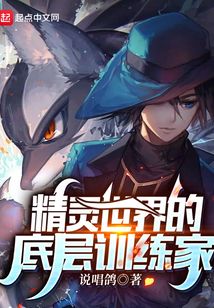 Is it for me or not.. all pokemon novel’s early chapters is very boaring..
If anyone is reading this, please tell. If it’s good or not!!

I have read this story even before it was uploaded to comrademao, currently at the latest chapter of the raws. MC claws his way up and author does a good job in telling the story of his journey. A very fun read 10/10 will recommend

this is good, MC has no cheats or systems, he only relies on his knowledge of pokemon from his life on earth, that’s just general knowledge, no family, fiancé, or childhood friends, he’s just an orphan trying to survive by scavenging trash, but he by chance got a pokemon ball and his first pokemon was only Weedle, MC is trying hard to change his fate, the world is very real, pokemon will kill people, maybe even people eat pokemon.

MC currently only has 4 pokemo:
1. weedle (has evolved into Beedril around chapter 80’s)
2. Abra (newly hatched and still in the growing stage)
3. pidgeotto (bought from black market, only temporary pokemon at this time)
4. Ditto (bought from the black market, only temporary pokemon maybe)
5. Paras (Only temporary, may have been released, the MC got it after killing the Trainer on the black market. Note: When weedle evolves into a kakuna, there is only a paras that helps the MC at that time).

.
I’m currently in chapter 102, as to whether the MC will get a Legendary or Quasy-Legendary Pokemon I don’t know, if he gets one I’ll record it soon.
Overall this fanfic is quite good and quite real, 4/5 in my opinion personally

Any one got LORD OF THE MYSTERYS wibe after reading chapter 69.

This fanfic is one of the best pokemon novel. I have read till Ch-148. It hasn’t let me down yet.
NO HAREM, NO Romance, Only Pokemon…just loved it so far. I hope it will continue.

Ratings 5/5….will update if there is any change in future.

Update at Ch 312
Some chapters between 200-300 are boring. This novel is not as interesting as it was in start but still readable.

The overall premise is good and you can enjoy it, but the author seriously has no chill. All the reviews by others are correct but I’m simply writing this because the negative points weren’t mentioned there.

For anyone not interested in heavily forced plotline, don’t read this. This thing basically is one thing after the other and most of it is deliberately forced. Right from the start you’ll find him getting in trouble and same pattern repeated. Infact it is repeated so much that I’m almost a 100% sure that you cannot read this without skipping.

Everything is simply too forced and there’s hardly ever time given to smooth out the pace a little. Even important details that should be mentioned in a slow paced setup, are just randomly inserted in between.

Ofcourse I’ve just mentioned the negatives here and positive things have been mentioned by other people before so you can get an indea from them.

I don’t really do fan fiction novel nor pokemon novel , but this is a classic worth reading, 5/5 for me