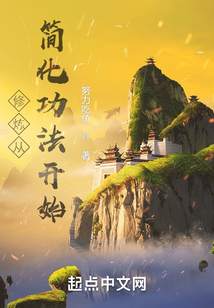 I already read more than 200 chapters of it on another site, it was enjoyable but quite repetitive if you ask me. I liked most of the things about it except for the part how China’s ambition is shown as greatest and other countries contribution almost never mentioned even though its parallel earth.

That’s actually in tolerable range, the part I truly hate is how when someone asked him if he has a choice of destroying the Blood Moon and he knows that by doing so everything will return to normal, supernatural will disappear and so will his power, then will he be willing? MC be like Yes I Would without any hesitation, and other guys were same…. Imagine a chinese doing it for whole world, I can’t believe it in this life. Let’s put racism aside.. It is still stupid to do so, because the people who died won’t come back, on another hand all the development so far will be lost, the people who become spirits will disappear and humans will lose their new evolution route.

Actually there are also other novels where mc has aim for destroying magic or world or supernatural things in the name of peace but its bs in my eyes, I mean, right now we don’t have any magic power in this world so do we have world peace, right now? Here, you all have your answer.

Edit: I forgot to leave rating, I can overall give it 3 Star, mc has an entertaining personality, if jt weren’t for his ambition being different from mine and the plot feeling somewhat repetitive, I would have gave it 4 stars.

Oh wait, you are right bro, thanks, it’s just the description was exactly similar so I got confused I almost got angry at you, thanks to you now I have one more novel to read.

Average. After 100 chapters not even crossing first hurdle, even with system and medicine, it shows either it’s a low level martial arts world, or this novel is more than 2000+ marathon

You are right, this novel is trash, I read it and it feels like mc has no personality at all, he is cultivating without any aim and people always try to kill him for some nonsense reason which makes zero sense to me.