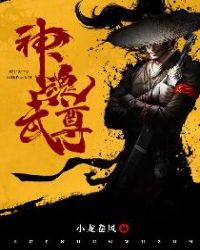 A generation of Emperor Wu was killed and perished, and was reborn in a young man named Qin Feng after ten thousand years. Awaken the supreme spirit and practice the supreme martial arts, and from then on, the wind will rush against countless heavenly arrogances, and the heavens and all realms will tremble because of his return!

The synopsis is so generic that I won’t even bother to read this novel, sorry for my english im used google translate

Donn’t join sect, but keep getting help from 2 sects. Every sectet realm his cultivation has yo be lowest, and if some secret realm his cultivation js strong, then he will injure himself so that he will become weak again. Fuck novel. Chinese hqs dead brain. Or their metality is realy shit, stupid mc, stupid sects letting themselves to be played by a n idiot leading to life/death enemity, stuoid enemies who cann’t send any powerful character to wipe out his family and force mc out and kill it. I mean there has 99% chinese novel a single proper mc, enemy, fried, plot etc.
Or chinese like this kind of shit because they are in real life surrounded by thus type of shit character so they have this metality.
Shhhhhh. Waste

Although each other reviewer has some good points, I like the generic cultivation story.

What I didn’t like was how stupid MC is.

He continually fails to kill several enemies, almost always leaving just enough alive for them to report back and tell on him to higher ups which give him further problems…

That stupid thot from the beginning keeps getting away and he’s not taken the initiative to kill many people who have tried to kill him although he has had the opportunity to do so..

Also that time when he casually throws a ultra rare super priceless pocket realm away that contains priceless metals and alchemy ingredients because “he’s not interested in it and already took a bunch of stuff from it” when he’s a super greedy alchemist… another seemingly random momentary lapse into mental retardation. The author puts those in there from time to time.

Very stupid MC when you think about his alleged background and also the brutal betrayal he faced.

It goes against all common sense for him to be so soft headed and soft hearted.