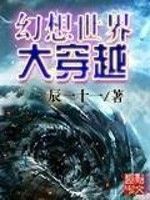 When fantasy becomes reality, Will the heavenly blessed youth be able to make his way to the end of the deity’s road? Chen Ang who has the ability to transmigrate found himself in the fantasy world. In the “Never Ending” world, He obtained the wisdom of a superhero. In the “Super Body” world, He glimpsed into the mysteries of godhood. From the world of ‘’Proud Jianghu” onwards, He practiced internal strength, evolving his body. Through the “Calamity of Python Madness”, He obtained the key to longevity. Superhero serum, Impasse drug, Factor X, Spider gene, And the lizard drug. He consumed these illegal drugs to reach the end of the deity’s road, Such a road is long and full of slopes. After facing the difficulties and danger to spy on God’s forbidden region, He doesn’t have any regret doing so!