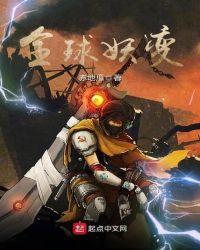 In modern cities, aura is revived, and human beings are no longer the masters of civilization.
At that time, the sky couldn’t see the sun, it was covered by birds, and the ground was stained red with blood. Human beings became food for bereaved dogs, a real hell on earth. It wasn’t until the day when a warrior with an open mind merged the demon spirit after the death of the demon beast into his dantian, human beings could avoid the fate of being annihilated.
Refining demon spirits, possessing the ability of demon beasts to fly into the sky and escape from the ground, a young man who originally died, because a demon beast has returned to sixteen years old.
That day happened to be the annual demon spirit awakening day.
That day, he refined an evil spirit…
Evil spirits, an unknown existence of evil!
P.S : This novel has Tales of Demons and Gods but ITS MUCH MUCH BETTER! Very recommended!

This story is extremely slow, about 100ch in and only 12 days passed and 1 week was even a timeskip. Btw theres so much buildup about his spirit but in the end he will just hide it and even obtain a trash spirit in the eyes of others so he will just get mocked again, same old story. 2/5

i cant read this anymore, its good actually but im tired of mcs always hiding and author would make him cool in the end. in a meelee with 1k+ freshmen he avoidrd fighting then defeated 2 henchmen and everyone called him god then he won and sits in the no.1 throne. wtf. im cringing so bad,

Last edited 5 months ago by riou48
tiianer
Reply to  riou48

Gotta agree the extremely slow buildup is having the opposite effect. Whats the point of rebirth to face the exact same mockery again at least change a few things its not good always being looked down on

Yep I’m enjoying it. Author has pretty steady plot pacing without much power creep. Author attempts to have a slightly realistic sense of strategy and such, keeping the MC’s tactical and strategic behavior actually consistent as a military vet reincarnator.

And then I found out I hit the last posted chapter at 313. %@Akadimz#&