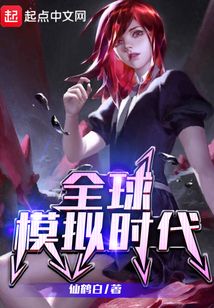 This is an era when everyone can enter a thousand worlds, Sims.
At sixteen, everyone has a life lamp that lights up two free life sims.
In the simulation process, you must break through the limits of life in order to soar to the sky!
otherwise.
It will lose the lamp of life, and die in a short life under the erosion of the black fog.
Lin Qiye, who came across, failed the first simulation!
The second simulation, suddenly obtained the permanent talent of SSS level: Genesis Deduction!
The first life: [When you were 2 years old, you had a serious illness and became a big-headed baby with a low IQ. When you were 15 years old, both your parents died, and when you were 18 years old, you died of terminal illness as a teenager.]
“Creation deduction, show me how to break the game!”
[Congratulations on changing your life against the sky, getting an S grade, reward…]
…

Out of all your reviews so far, you are calling this good pick anshul? Did you get bought by china or what?! Every single review directy states that it’s a trash. It’s kinda funny coming from you as you were literally bad mouthing every single novel in reviews with incomplete and misleading information till a few days ago.

In his first real simulation he realises heis character has cancer so with a card that gives him the intelligence of a Nobel prize winner he writes almost a thousand papers dedicated to cancer research apparently hundred of years ahead of his time(ironic considering the recent news regarding cancer research). Then at the end of his life he creates a cultivation art. China takes over world. China takes over galaxy(at foundation building realm). China takes over universe(at golden core realm). Elevates universe and fights other universes………. You can imagine where the rest of this novels going…and this is all 13 chapters in, first simulation.

They really want me to hate china more than anything at this point.

Someone tell their government that they seriously suck at copying Google’s advertisment brainwashing trick.

The power scaling in this series to put it nicely, is garbage, a simple foundation cultivator can easily destroy in a direct hit a meteorite big enough to easily destroy the world, gold core cultivators can travel through space and aren’t far from destroying worlds?

you might think that if cultivators here are so powerful, their cultivation is probable somewhat special, but no, they reach their realm in the most common of xianxia ways, I can’t even fathom how powerful a nascent cultivator is if a golden core is already almost capable of destroying worlds.

The series is filled with propaganda, where the Xia country( we all know what this Xia country stands for) is the bloody best and much better than the barbaric west, another one of my complaints is that this series made me fell cringe multiple times in 30 something bloody chapters xd .

Story turn shit when approaching 100 chapter. MC turn out to be typical orphan from a large clan, thus if his identity is known he will be hunted down by them. Not enough with this mess, he even started being hunted down by demons who is much stronger than him out of nowhere, MC survive just by chance and plot armor.

As if this isn’t enough he was on the hunted list by demons who’s capable of disguising as humans, thus MC is in the dark not knowing when enemies will jump out. There are also repetitive routine of MC making enemies of organizations that was oppressing common people. It’s fine if MC want to enact justice, but how the fuck this kind of parasyte organizations keep appear when humanity is in crisis by demons? Are the higher ups that much of incompetent? Or author forcefully create typical third rate villains to give MC some action scene? In any case I’m out by chapter 100 👋👋