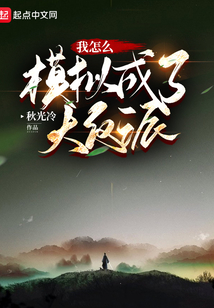 How Do I Impersonate The Villain?

Traveling through the world of Xianxia, He Changsheng activated the Heavenly Dao simulation system.
I thought I was a standard protagonist template, but I didn’t expect it to be a big villain!
I am Nima!
After a long journey, after countless difficulties and obstacles, how many days and nights of diving are the stepping stones for the protagonist?
Fortunately, he has a Tiandao simulator on his body, which can not only predict foresight, but also get rewards every time he starts the simulation.
But why let his two black-hearted little maids be reborn?
His life simulation does not have this part at all.
The script is wrong!
The system misunderstood me!
“These two women with no conscience are reborn and come back for revenge.”
“They are discussing how to kill me in front of me!”
“Is that polite?”
Then, He Changsheng discovered that there was something wrong with Xiaohe Village, where he was reborn.

Holy f, the MC is retarded I’m at chapter 126, and the MC still didn’t break he’s infinity cycle of dying, he’s being killed by everything, MC choosing cultivation over important information as a reward or choosing useless thing he doesn’t use he’s brain at all, for example there was a latter that he must deliver he thought its just deliver the letter and go but he fucking died of any event that he encountered no matter what he’s getting killed, so how is it possible that he deliver a latter from super high cultivator guy isn’t a huge event sigh, he got stuck again over and over he keep repeating mistakes and he keep the maid that was reborn by he’s side that killed him like 100 times in a simulator and guess he died because of the maid again and let her escape facepalm he just doesn’t learn brainless MC it’s Holy shit, I read this novel almost to the end to see if he can break cycle fuck this novel waste of time