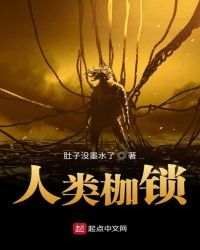 A mysterious and strange world, a human civilization lacking electricity, a horrible and turbulent world of human life, Luo Kai survived humblely as a prisoner. Pain and suffering honed his will, war and killing promoted his growth, and he looked back suddenly. Is already one of the most powerful beings in this world.

I have read till around 150.
Unlike other novel wherein MC has a system or a silver spoon,
Our MC here is tooo weak at the beginning.
The plot has some good amount of BS
But it’s kind of new.

Setting:
The MC transmigrates into the body of a boy some 10000 years from present day earth.
Post cataclysm, omnious beast roam the earth and humanity is bound to a small area, the biggest and most advanced area being EASTERN ORIGIN kingdom.

The humans have lost scientific technology(only steam technology used till now+no electricity) but have made very deep gains into genetic tech.

Due to cataclysm, many human has mutation. Some turned into sea clan, some abyss class, terra clan, 3 eyed clan and all other shit depending on what they mutate into.

Wars rage around, and lots of casualties like WW2 shit.

Besides them there are elementalist which can control elements

Around 150,
MC has become high body refiner and he has over drafted his life.

Plot:
MC wakes up in a prison.
He is tortured and more tortured.
He gets taught martial art by an old man and then by fellow prision mate.
They plan a prision break.
MC succeed somehow and after alot of injuries gets rescued.

MC runs away to city and works as labourer.
MC saves a girl
MC gets recognition.
MC fellow brother betrays him.
He gets stuck in a lab.
Life essence drained.
Runs away from lab.

MC back to city

All in all MC gets abused every 40 chapters
His growth curve is okayish.
One love interest so far.
No face slapping.

It’s some good and different shit although quite slow paced.
4/5 so far till 150.

Any hidden gems any recommendations something new!?

Why don’t you join the discord link and check other people top 10 novel
There are some really good recommendations in top 10 and in the review section.
Pretty sure you can find your choice of poision.

The discord link will be there in the survey tab

Repeation is true, but for the first time seen an MC suffer so much🥺

Taking Laziness to next level –

I still don’t get how they even have gene tech machine and devices that doesn’t use electricity…. Now they can’t be using steam powered shit for it, can they?

Hahhahaha lmao, it’s the fastest plot explanation I have seen so far this week.