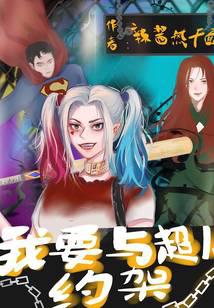 I Am Going To Have A Fight With Superman

I was reborn in the dc universe, there is a plug-in, I can level up after being beaten, although the skill points can only add defense.
Dachao was asked to fight, and he didn’t seem to win, and he was disheartened every time; Batman had a fight with someone, but he didn’t seem to lose…

Before you ask what’s wrong with that, she got cheat where she getting beaten the crap out of her to get stronger defence so she always want to get beaten I don’t know what tendency this author have but if you like to read about girl being smashed as sand bag this novel for u

Last edited 4 months ago by Pork
sharuwaan
Reply to  Pork

First up, it wasn’t mean to translated to drag hero it mean to be costume vigilante (that what the Watchmen heroes are called). Also where did you find that all blacks are ugly. I mean the author love black to be honest the Mc companion angel is literally black, Dr. Manhattan is black and later on she even destroy a white supremacist politician party. The translation on this one I would say pretty weird. The Mc also constantly being call Harry even though her name is Harley Quinn.

I thought it might of been a translation problem too, but then he started calling them queers, and said someother stuff cant remember what is was.. so i think it is less of a translation issue and more of the authors view on heroes wearing spandex and tight suits. and them looking down on such behaviour and comparing them to the stero type of gays wearing leather and spandex.. you see no other chinese novel that makes poor translations for hero or vigilante. And there was somewhere in there that said a girl was ugly because she was black not that she was black and ugly.. cant remember exactly what it was read it a few days ago

The third term, an ugly and rough middle-aged black female —”

Jessica interrupted her with a twisted face, “shit, so heavy?! How can readers accept it?”

Excellent story. There are a few chapters that are missing, and several that are not in order, so you have to move to the title page and use the search function to find the correct chapter.
[spoiler title=” “]
The story has MC reborn in DC universe as Harley Quinn (Yes Jokers girl/ Suicide Squad girl). The first few Arcs inroduce Harleys early life, her status and future goals, then puts that to test via conflict, pushing the MC on the road to becoming the powerhouse she later becomes.

MC has a cheat, a soulbound/charecter locked artifact that extracts the weight/essence of harm that a person causes to the MC, using this force to naturally and untracebally strengthen her defence. The natural stregthening also increases her other physical stats. In order to disguize and enhance this effect, MC has been physically active throughout the story, fooling everyone to believe that her strength is purely the result of hardwork/dedication and luck. The essence of harm is calculated via many factors, of which we know 6, the strength of the attacker, the harm to the MC, the status of the attacker relative to the MC, the malliciousness (intent to harm/hatred) of the Attacker, the fame/renown of the Attacker and the importance or destiny of the Attacker to the DC plot and or this stories plot. The cheat does have another effect, but I wont spoil it. As confirmed via the story and the charecters, MC cheat has only 1 theme, Defence.

The story itself is comprehensive and is logically consistent with in story explanations and additional authour notes, detailing the often mismatched or even opposing plots introduced in the souce material. This makes the story both intresting and suspensfull, as readers can fully understand whats happening and expect what can happen, allowing a nice comparitive effect with the authours choice.

The story is also realistic, without being too dark or attacking the SOD of readers. Another important point to mention is the lack of bias on the authours part, showing a less dark and more realistic DC world, complete with the ideas, logic and prejudice that exist within the source material.

Also important to mention is the aurthors stand on reliegeon, the authour has not shown bias or bashing on any religeons that are not caused directly due to the plot of the source material and has tactitly and subtly avoided any connections to RL religeons apart from christianity.

Finally, as a introduction to the DC world this story is also excellent. I introduced this story to a friend with only a little knowledge of DC(limited to a few charecter names and a movie or two) and he managed to read and understand the entire story without needing to go on wiki walks to clear up confusions.

Conclusion; An execellent story, so good that it has almost surpassed fanfiction and turned into an unofficial fanwork addition to the souce material.
5/5.