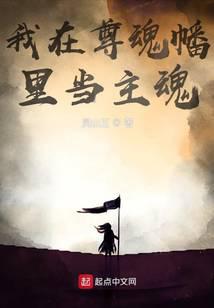 I Am The Main Soul In The Soul Banner

Traveling through the world of immortality, he was trained by the devil to become a soul banner.
I just want to find a reliable banner owner and wait for him to bring me into immortality.
Therefore, self-improvement, learning the exercises and practicing supernatural powers, and doing my due diligence as a grandfather, hope that the banner owner can live and become an immortal.
But the Immortal Cultivation World really can’t stand it!
By the way, what about a banner owner who only started yesterday?
Wouldn’t he be slaughtered in the fight again?
Ahem, okay, now we’re recruiting a new banner owner who can bring me to immortality.
What? Powerless and just want to lie down.
…

He is a demonic treasure but wants to be in the hands of good heart people, somehow this idiot still thinks he can grow in their hands and righteous people won’t destroy him especially when he needs the slathered souls to grow.

The righteous cultivators in this novels are so dumb that mc doggo’s IQ might be double of them. They always pop up out of nowhere to hinder mc when they shouldn’t even be around, even if there were to be ten demonic cultivators present they would only pursue mc, nice concept but shit plot.