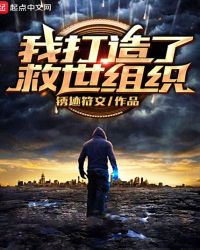 I Created The Salvation Organization

As long as you save the world, you can have everything.

In reality, each locality of government has its differences, but basically portraying the entire West as mentally deranged and selfish in the face of such a calamity is absurd, even if it’s a parallel world, I’ve seen many documentaries talking about the creation of infrastructure and works maginific here in the west, like tunnels that cross entire mountain ranges.

And with everything we have, to want to believe that with knowledge of what’s to come, the people of the West in every government would simply deny it and do practically nothing is absurd.
Of course there would be problems, even in countries like mine, I live in Brazil, as we have many government problems, more in the face of total annihilation, to say that only the Orient, especially China, would really take action, as much as the rest of the world he would just try to deceive himself, it’s tremendous absurd

It is the same to say that our culture or form of government in the West is superior, or that those of the Orientals are superior, the truth is that every government or human cultures will have their differences and problems, just as there are favors of the richest or corruption in the West. , there is also in the East, wanting to believe that we are superior or that they are superior is just self-deception, we are all different, what often happens is that instead of gaining strength from diversity and differences, this generates conflict and fights, Sometimes very nationalist ideas are embedded in the schools themselves that little by little are almost brainwashed, and instead of creating a human society with more colors and flavors, but being united and strong, we have a fragmented and intolerant society, where harnesses that only they allow you to see what those driving them want to be seen.

I hope that we can as a whole overcome such behavior, and that in the future, being black, white, yellow or brown, with or without religion or any other difference due to different cultures and places of birth, we can learn to have human unity and show our strength, we must be brothers, western or eastern, it doesn’t matter, the important thing is the culture and human strength as a whole for us to grow in a truly brilliant social level and who knows, maybe even conquer and prosper through the universe!!