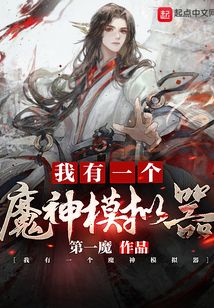 I Have Demon God Simulator

Once crossing, Su Mu came to another world.

In this world, there are warriors, qi refiners, and all kinds of terrifying ghosts and monsters!

Too dangerous, a good rebirth simulator turned into a death simulator.

For him, death is not the end, but the beginning.

In the simulation again and again, thousands of demons have been derived!

The flesh and blood are put into the pot, divided and eaten, turning into a bloody skeleton.

He died in a wrongful battle, his body did not rot, and he turned into a dry zombie.

Introduce thunder into the body, turn extreme yin into yang, and transform into a fierce reggae.

Very good simulation novel. It is not the hopeless type that mc can’t get stronger. Curently at chapter 60.

What ruins the novel for me is that it is a template novels and the so called ‘real world’ even though it took him 24 years to get the template it just didnt feel earned to me after wards. And by making iy a simulation / dungeon it just seems like all his actions in it are meaningless.

I stopped reading after he killed all the jailers. Sure i can understand the warden and some of the higher ranking officers but at the end of the day most are just trying to survive honestly dont get why he just killed them. Edit: jesus i decided to keep reading and conveniently the jailers were all evil torturous scum even though there is no way for him to know that, but guess what 2 or 3 chapters later he says he will eliminate the roots and weeds including wives and daughters man the hypocrisy is immense with this one, the thing is he plans to leave the city and never return so no clue why he would need to do that, but what other reason do you need then being a chinese mc of course the author will write it in a way which he is in the right and did a good thing.

Last edited 9 months ago by Pork
Kennny
Reply to  Pork

Usual chinese mindset, it sounds racist but they do worse to the citizens of enemy country during wars… Even to their own people. Just check on net what they did to their people during corona… Sealing buildings and trains, killing all just because one or two was infected.. Instead of trying to cure them(let’s not talk about how they reopened the market and Disney Land before corona ended and brought a second wave), their response was worst of all and they still dare show other countries as villains in novels sigh…

This is a mess. In chapter 1, MC was in the state of soul after his death waiting for his reincarnation/transmigration and his simulation system is activated.

But in chapter 16 after the simulation is over, MC returned to his new body that he already possessed for three days.

I’m confused if MC already transmigrated for three days why does chapter 1 says MC is still in the state of soul after his death and is waiting for the transmigration.