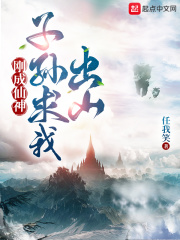 I Just Became An Immortal, My Descendants Beg me To Come Out Of The Mountain

Reincarnated as the first prince of Jing Dynasty Liguo, Jiang Changsheng was transferred by traitors when he was born, and then sent to a Taoist temple to become an ordinary little Taoist priest.
From a prince to a little Taoist priest who no one cares about, life has fallen. Fortunately, Jiang Changsheng has activated the survival system and has an infinite lifespan. As long as he survives the hardships of life, he can get survival rewards.
He was almost accidentally killed by his senior brother practicing kung fu, but he survived by luck and got the magic shadow leg.
In the event of an earthquake, he was almost crushed to death by the beams of the house, and won the Nine Paths of Heaven and Dragon Steps.
Demons wreak havoc in the capital, survived safely, and obtained the magic weapon to subdue the demon pestle.
…
There are many dynasties, monsters are rampant, and martial arts rule the world. This is a world without gods and gods, and Taoism is hidden in courts and mountains.
Three hundred years later.
The Jing Dynasty ushered in decline when it was strong and prosperous, the princes rose together, the emperor became a puppet in the hands of the tyrants, split the dynasty, conquered for decades, the national power fell to the bottom, the surrounding aliens took the opportunity to invade, the people were in dire straits, and the world turned into hell.
The puppet emperor Jiang Xuanzhen came to the Taoist temple, knelt down and cried: “The children and grandchildren are unfilial and unable to return to heaven. Please ancestors ascend the throne and continue my great success for another three hundred years!”

Ch 68. Classic gou cultivation, the MC is immortal his golden finger is based on a game he made (earn something whenever you survive a catastrophe), a 4/5 compared to what has come out lately here.
As you can read from the synopsis his descendants are emperors and 300 years later this dynasty will fall and he leaves to help, it’s a world of martial arts and he is the only “cultivator”, good novel for those who like the genre and satisfactory if you don’t have anything better to read

ch 194, still good, no more chapters to read maybe come back in a few months.

What’s left to read if mc is an immortal facing mortals?

Hey admin please fix the chapters its chapter198 and then go to chapter 205.

a good read for me