I Really Don’t Want To Be A Calamity 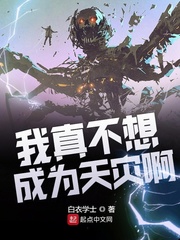 “Humans have conquered the sky for thousands of years, but on this day, the sky has become a forbidden zone for Gods again…”
All beings are ants, and the world is the game. This is a game of gods and monsters that transcend dimensions.
Tower Era 2125, the four apocalyptic knights of conquest, famine, death, and war are like walking natural disasters, bringing war and annihilation to the world.
Irin witnessed the doomsday with his own eyes, and brought the “Knight of Apocalypse MOD” to rebirth before the doomsday.
……
[Do you believe in God? 】
[YES/NO? 】

Novel of excellent quality. Give him an oportunity

This novel got alot of mystery, and it love to cliffhanger and to drag out the story to the max I just couldn’t take it anymore and dropped it. The novel is about a guy who got reborn from doomsday but it’s the typical doomsday novel it got mixed LOM, the legendry mechanic, might be a bit from magus world in terms of world invasion.

So basically it’s like that there some kind of other dimension people invade earth the same way as in warlock of magus world or age of adepts, then there is a “God” or something not sure it doesn’t explain much anyway that let humans have system and the mc got special system that is similar to the legendry mechanic system as player, u got other player too but not everyone got system and everybody got kind of diffrent system I guess, it really doesn’t explain anything it is very mysterious, so u invade other world be it demon world or some kind of God world or even marvel to do “quests” to become stronger

Very good, unfortunately from about 457 onwards it is illegible.