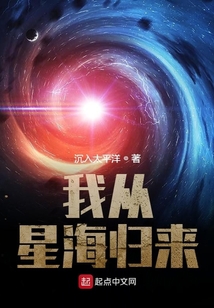 I Returned From Star Sea

After two completely different lives, Yue Heng has returned to the original era.
This year, he was just sixteen years old.

Copy pasting a post i wrote in comrademao discord when someone asked me to poison test the series :
———————————-
I randomly clicked ch5

Looks like rebirth in time + monsters on earth.
I wrongly thought transmigration with the usual terms (first life second life / accustoming to the body)

But there is this sentence

In addition to mathematics and science English, many junior high school subjects, I am afraid I have to learn from scratch!

Because of this knowledge, he has forgotten about it a long time ago.

Yue Heng really didn’t know whether to cry or laugh.

The five-star general of the dignified Xinghai League, the Level 9 Mechanical Master, the master of War God mecha…

that is said because he is stumped he need to relearn school stuff (high school and remembered one regret and his family is that he didn’t enter university)
But this quote show he is rebirth.

About going to school, Yue Heng has his own ideas.

Although the tide of the new era is about to emerge, it is still relatively calm for the next three to five years.

If he gives up his studies now, first of all there will be some troubles from the social level.

Lazy to continue testing. I am too lazy.
But i think the series got decent potential.
In fact, chinese series that got western-style-powers (or basically like the isekais of JPs) or use the korea “portals appeared and monsters attacked modern earth”
got high potential compared to xianxia.

COUGH [Because let’s be honest. Xianxia. This chinese authors wrote too much shitty series. OR ! It is flawed when you think of it. It’s like isekai’s flaw.
IRL : Only chuuni or retards or desperate people would want to be isekai-ed (or xianxia transmigration). Get a harem and what ? Sex can be boring after too much. So unless you got a system that bring you a computer/TV = Isekai/xianxia is hell of boringness after you probably “become the emperor/top power guy after 1 month because you got a cheat there”.
AND IT IS A MAIN REASON WHY I LIKE TOO MUCH URBAN GENRE SERIES.]

Back to the topic.
The detail of my spoiler of ch5 : MC is a “mechanician/mecha creator/whatever you call it”. Maybe…… For some people, it is a series that they want to see. But remember i randomly skipped to read ch5.
But don’t worry. I didn’t quote but it also said it seems he begin to train the training things of the “earth alliance” = his strength grow too and not just a weak ass but mech guy.
In fact it is too rare for a “creator” MC to be personality/body weak. Because : OR he is too strong with his creations and it disgust/boring the readers because it is cringe or too wishfulfilment OR MC keep having troubles because of his weak strength and his creations are meh to protect him = Who is masochist to see a series only of MC suffering ? = poison series.

Remember. I said “decent potential”. The core idea or a particular detail = potential of a series.
= That doesn’t mean the series can be good. Even a high potential plot can be a poison series.
[Analogy : Try giving the high potential of the plot of Death note (banned in china as government people are killed by Kira) or Pokemon or The Matrix or To aru majutsu or Sword art online to a random chinese author(s) in same era (by killing original authors too and erased any trace they were gonna create this works).
Unless shameless, any smart veteran reader would not dare lying that “This plots will shine anywhere. Even with a chinese author, it can be famous.”. Maybe they can indeed. High chance. But success rate of 100% ? Kekeke. There is gonna at least have one turning into a poison series. For example, old chinese novels often had tragedy. WELP. SAO be in the hand of a past chinese ? ASUNA DIED !]

Unless retarded or a crappy talent at writing, a chinese author rarely fail a series about monsters appear in urban (kr plot) or using the western/JP background for his series.
The fact he used a kr trope plot = smart to understand it is more popular. Or too many xianxia in the series and he needs to be different.

In other words, you read 5 chapters and didn’t die. Thank you for poison testing for me. 👍

you are right . another chinese shit novel
i really don not understand why mostly chinese author are their country licking dog
USA and RUSSIA are super power much powerful then china shit, even many country in asia are are at equal to china . i really dont understand how can they describe china as strongest country in every novel . i sometimes thinks they have been brainwashed or someone was forcing to do this . really pathetic situation of pathetic country.
LAMAO

You can’t entirely blame author though. Even though there are many nationalist author, but some of them can’t helped to make that kind of nationalism plot novel coz they’re afraid being banned by relevant authority, not to mention the readers that give them ticket lunch also ask that kind of plot.

But I agree that it’s quite uncomfortable reading novel that only centered around china, it made the world building look narrowed

This novel is about MC who reincarnated for the second time after he died together with his ultimate foe in the battle. He reincarnated to his very first life as a 16-year old.

When he restarted his life, he noticed that his foe also reincarnated in the body of newborn baby, thus started the story of MC and his foe growing together as daddy (MC) and daughter (foe) in the world where super power just started to grow.

From my pov, this is more of slice of life where a lot of things happened in MC’s life while he grow to become an adult as a human and stronger as a super power wielder.

And btw he’s lolicon, because he likes an underage girl to be his girlfriend even though her family against it before she 18 lol.

what did it do to u?