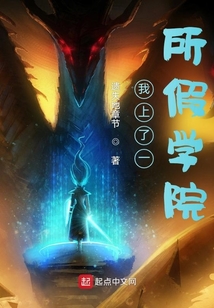 I Went To Fake Academy

I just wanted to go to a university with peace of mind, but accidentally got into a fake college.
The classmates in the academy are all too strong. It only takes four seconds to 100 meters, one step can jump twenty meters, and one kick can go up three floors.
On the first day of school, the male classmates in the class left me the most “positive” position, and there were eight beauties sitting around me.
But they are fiercer than one! The one in front has a long sword on his back, the one in the back has a pig-killing knife, the one on the left has a murder weapon on his waist, the one on the right has a staff, and a few can spit fire.
Unfortunately, I have no magic skills, no grudge, and no system yet. It’s too hard to start! I want to go home!
——In this world, monsters are raging, dragons are roaring, and witches are rampant. The strong man’s sword turned the world upside down, turning the sea into a mulberry field.
ps: Start with waste materials, mortals cultivate immortals. Dominate the world, starting with mortals.

I found this novel boring. Humor gets old very fast. In school it goes like this > Mc suffers some people laugh, some gets curious, some get angry but in the end everyone troubles him.

Things get only worse. School is nightmare he is in constant danger, whatever he try to do something he fails.(it took 50 episodes or someshit to charge his phone and he have to make a song for some bitch that blackmailed him).

Power system is weird as fuck. Mc pretended to be level 7 fire mage with a lighter.(everyone is okay with it somehow ) Lot of retard rules for the plot.(You can kill males if they are seen in women dormitory.(life wtf, almost every female in the school forces mc to go the female dormitory where he is in constant terror).

What bothers me most is school is a place that only elites can attend but somehow it is filled with gangs, traps, retard teachers and slaver witches(some witch kidnaped mc for leaving the school, he took 10 meters from school he get caught by slaver witch. I was like wtf this is too forced.) every one these flaws can be overlooked if you can enjoy the humor. (at first I found it funny and enjoyable but humor was too repetitive and mc is so miserable that not even funny at some point.( His power level is 1, weakest civilian is like 10) Walking in the street and not getting killed is a miracle for mc. And for some reason all the females want funny handsome little boy toy. If you like femdom you will love this novel.(lol)

it seems disgusting, thanks for preventing me from reading this trash.

Boring. I stopped reading after 10 chs. Save your time and read something else. Story so random it’s doesn’t even make sense..