I’m Invincible After Signing In For 30 Years 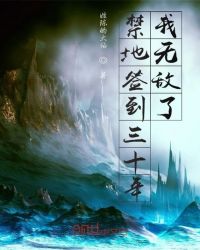 The forbidden area of the Great Blue Kingdom is known as the “land of the dead”, and those who enter are dead and dead.
As the prince, Ye Chuan was exiled to the forbidden area for a crime of collaborating with the enemy and treason, and bound to the sign-in system when he was desperate.
Sign in at the entrance of the forbidden area and get the Spiritual Transformation Art!
Sign in in the yard and get the Great Sword Art!
Sign in at the bottom of the bed and get a pure heart pill!
…
Ye Chuan wanted to sign in silently, but he didn’t expect the conspiracy to spread, and he had to walk out of the forbidden area.
“I just wanted to be invincible silently. You forced me to do it!”

Waste ,copy past of same sign in types with emperor setting…

Copy paste, mc is 30 year old but behaves like an old man. His kingdom do war or killing is always right but if other do than it is wrong and evil . No fun at all.

Straight up terrible. No sign of any ‘invincibility’, he didn’t even complete that 30 years. Random twists here and there, author does not have an idea where to go, he comes up with plot points out of nowhere. Initially the MC was really OP and there weren’t any real struggles (which was okay), author suddenly thought ‘argh i dont like OP guy, lets just make it regular shounen struggle’. The great big bad isn’t even remotely interesting, higher realm douchebag, who still has not got his comeuppance (400 chapters in).

Why not trap him in different time and space and finished his sign in, and when he comes out.he will explore the world, without arrogant pure adventure with low key..I mean not much lowk key just cautious about the world..Like how Ainz ool gown in overlord

then it will get boring