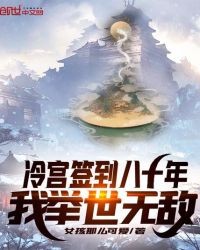 The prince who traveled through Chengyuhuashen Dynasty, but because he had let go of the concubine of the hostile country, he was abolished as the prince and entered the cold palace and was not allowed to go out.
Lin Jiufeng didn’t feel too sad. He brought the check-in system when he crossed over. As long as he checked in at a different place, he would be rewarded.
In front of the gate of Lenggong, he signed in to Zhan Tian and draw the sword!
In the palace discussion hall, he signed in to patch up the sky!
In the Queen Mother Palace, he signed the God of War Catalogue!
…

This is a very old novel. Here mc poses the of a crown prince who died in imprisonment. He bounded by sign in system the starts his low key life until his brother came back from his journey to become the king. Because his brother loved him very much he saves the kingdom every time there is a crisis.It was a world where spiritual energy starts recovering. By recovery of spiritual energy powerful cultivators, demon and monsters starts recovering from the sealed state.He fights with them to save innocent people. Here mc is quite op so he never loses in fight

It’s interesting at the start but becomes a little boring as time goes on, mainly because mc says something else and does something else, he is always stronger than others, but problems are like iron fragments attracted to the magnet, where the magnet is the place he belongs, it’s feel clearly forced.

The plot tries its best to support him!

There is one thing I seriously enjoyed in the novel, that is the relationship between the cat and mc, I wish to see her human form, but the plot keeps delaying it saying she has a stronger bloodline so will take more time (just when her talent was taken as far from good at the start), it feels somewhat boring reading the repetitive plot of enemy coming to get killed while mc still being low key for some unknown reasons(considering he stands at the top of current tme, he never even told people his name), maybe I will try to continue reading it later when I have nothing to read but for now, I will go look for a better one like Reverend Insanity… Wait there is nothing like that, sigh…. Wll look for something similar to Lord Of The Mysteries then.