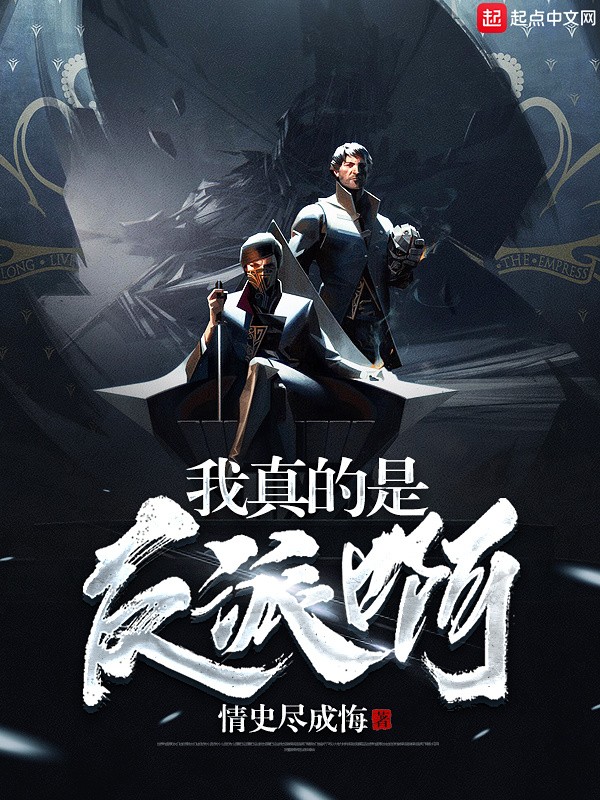 After being defeated by the protagonist Chu Yang, Xu Zimo unexpectedly returned back to the days of his youth!

The days of security when he was the young master of the True Martial Saint Sect, back when his father was the Vice Sect Master. The days before Chu Yang destroyed him, his father and his sect.

Xu Zimo has resolved himself! As a real villain, he will kill Chu Yang, execute his wives and loot his treasures!

In this era, he will seize the Heaven’s Will and ascend as the Immortal Emperor!

This is the story of a villain’s rise into a true devil!

One of the best novel anti hero I read, the only thing I hate is mc physique which is trash, aside from giving him demonic qi and demon lord identity, it is not really an op physique and which does not match it rank 1st in the hundred war god physique.

As for why trash cause it dont really have a unique ability, no powerful healing factor like undying physique, no auxiliry ability like giving him fast cultivation or power ups, no unique innate divine ability like three head six arms or heaven and earth phenomenon.

All in all he was powerful as he is even without that bullshit physique, his physique only give him identity that make him enemy of the whole world.

But despite all the negative comment I write, this novel is one of my favourite in my reading list, mc is strong and op, no face slapping young master and a true villain in a real sense, fight is descriptive and will not make you boring, scheming and intelligent mc I say. His enemy is also powerful with his same generation, if you like same generation son of heaven fight then you will love it.

As for romance, hehe its harem but mc is not a womanizer or harem seeker, women dont fall for him in just 3 chapter lol, no hero savin the beauty, in facr mc is totally opposite of the hero. The good thing is that he will later have intimate action with his female companion unlike other novel where mc has many women but treat them as a trophy, mc who pursue pick to the point the novel end yet they still a virgin lol.

As for his trash physique, its not really trash but mc until now has not discover the true power of it as if he need an opportunity to awaken it.

Best among best, love this novel

The White Flame
Reply to  days of terror

hari2boy
Reply to  days of terror

I’m favorite novel lol.. truly an anti-hero..unlike those hypocritical mcs fighting to death for saving unknown… no bull shift young master mc has a strong background “spoiler” strongest with most “emperors: but mc still fights which is he uses his identity when he needs it “face slapping” he is not womennicer like stealing heroes girl or taking the beautiful girl… his just a cool dude over all 10/10 for me…

hari2boy
Reply to  days of terror

Tbh I’m not 100% sure but the war bodies is kinda like his known form past something not to sure but it still boost all things gives very rich demon QI.

Days of terror who is the harem member

The White Flame
Reply to  days of terror

Is this related to emperor domination fanfic?

The White Flame
Reply to  zeno616

5 stars, tho too bad this novel I had already read, admin another Villwinis (I am Gao Fushai) novel, thx alot

i have read this on LNMT , it’s ok, end level power up is related to ED emperor’s will system. it was good read for few hundreds chapters but I can summries this ( MC go to different place for adventures, fights happens, MC is ruthless to both genders, he power up. Then go to different place and same things repeat). you can skimm or skipp few chapters and it will not effect plot line. Around 700-800 chapter he had godline level( one step below emperor level) power. then go to some sub relam, I stop there. It’s good read if you have time and like MC who is OP, ruthless, not fall for random girls, NO young master bu**t.

For the comments above maybe i can agree a bit about the novel because quite fresh but for the plot is mediocre easy to be predicted. Nothing special 7/10

Well he has a cheat-space ball which also contains his previous self’s cultivation and memories of the future.

One of my all time good favorite novel lol.. truly an anti-hero..unlike those hypocritical mcs fighting to death for saving unknown… no bull shift young master mc has a strong background “spoiler” strongest with most “emperors: but mc still fights which is he uses his identity when he needs it “face slapping” he is not womennicer like stealing heroes girl or taking the beautiful girl… his just a cool dude over all 10/10 for me…

I was only able to read until chapter 320, I cannot read any more. He uses a lot of ED stuff and that makes the story a little bit weird, because it seems like I’m rereading low quality EDs and things happen too fast and the details are left out … for example; he enters the secret realm that is described as vast and in the next minute he already took the treasure and took it away and that’s it, he also doesn’t explain well about the inheritances example why people with inheritance cultivate so fast, why his reason cultivates so fast is because of the cheating item … there are several things that forced me to stop reading this, but it is like I said those who read ED will not be able to read very far because there are a lot of things that except ED is poor in detail It is also annoying that in his past life (before returning to his 15-year-old body) he could only be described as a normal cultivator of the Sacred Vein who is not so strong.

too bad. author without creativity and it seems the world turns around Mc … what the hell is heaven beyond heaven? the author seeming to be something big and cool is actually just another world.

thx author for not dragging the death of the enemy till end as he is finally slain near 153 chapter. 5/5 stars, worth it! no dumbass, mindless, arrogant or shitty lead! he is clever. ★★★★★

This is my first Novels where the Mc is a vilain, and i dont mind others with negative comment for me its 5/5 . The first positiov thing here is that he is ruthless to both Gender. He had to choose between saving his loyal Subordinate and followers life and his girlfriends family trying to kill his follower, guess what he did ? aha ah he slaughtered his Gf WHOLE FAMILY. You want to tie him with your family by sending a girl for married proposal, The guy took her and she was only qualified to be his maid, after an adventure in another world, we dont even know her life and dead whereabout after the Mc told her not to follow him because shell only be a hindrance. The Saddess part is that its just 1000 chapters till now. On this website my best atm are: Legend of Swordsmann , Legend of Futian, Peerless Sword Emperor, Birth of the demonic Sword. If you got other suggestions please comment under and i almost forgot to mention that i hate harems and Mcs saving the beauty or playing the righteous way.

Its me again after year 1637 chapters still my number 1 novel till today i am just disappointed with the translator always taking his leave after 2 or 3 chapters … If you are looking for another ruthless mc check out Heavenly demon cant live a normal life. No women saving, no righteous shit saving the world blablabla… all the mc wants is to fight more and more powerful opponent . ruthless you kill his people? he will slaughter your whole family .