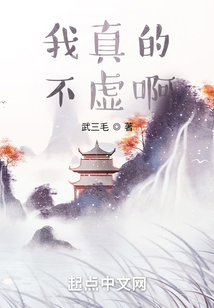 Chen Che took the overload plug-in to travel through the strange world of immortality.
Every time he entered the overload state, his body would experience some discomfort.
The training speed of the exercises has been improved, and the weak cough.
The speed of boxing comprehension increased, and the arm was red and swollen.
The speed of supernatural power cultivation has increased, and the headache is splitting.
…
Chen Che, who was ill with an external affliction, chose to practice in a low-key manner.
It was not until the first year of Daozong that the new emperor ascended the throne and began to rectify the dynastic order, killing traitors…
Then something unexpected happened!
What?
The father I never met turned out to be a big traitor?
It also affects me to be wiped out of the nine clans?
never mind! Stop pretending!
I see who can kill me!

It’s not hard to guess what happened to his father after reading the description.

He must be some righteous shit scholar fighting with Emperor for the sake of common people.

It’s likely that he is supporting a prince who agrees with his views and later when that prince wins, he might betray and try to finish off mc’s dad because he saw how talented his father was and felt threatened.

His father would probably say he hid his son and wife details to keep them safe from politics after getting saved by mc, when he was eyeing someone else’s butt for last 19 years… Jk Jk.

But I like the martial arts novels with quick learning speed so I would be reading it.

My only wish is, his mom isn’t very beautiful so that not every guy go and harass here, actually it’s better if she meets someone and fall in love with them so that later mc’s father can go suck.. I mean serve common people of great china, just like for last 19 years when his wife was living in slums, raising a kid alone.

Evaluation: The cheat is good enough, it’s speed enough his learning efficiency by giving him small side effects, it’s similar to Simplification Cheat, the plot is straight but what I don’t like is mc’s personality.

His personality feels annoying to me, everyone is being realistic but this guy tried to act like some righteous shit, and don’t feel humiliated when woman treat him like a trash begger, bich even says it’s all is justified, she is a girl from great family so now that he lost his status her plan to marry him failed so it’s correct for her to humiliate him. Like hell… This guy is dumb, in one word, he is a Beta mc I don’t like.

For now I only read 31 chapters, but I feel nauseated by his personality so I need a break, the Lin Family girl’s personality and choices are way better, I would have actually chose to marry her if I was in his position instead of treating her almost same as some other random bich from whom he liked to get humiliated, man doesn’t have any self respect at all.

You read a lot of xianxia shit, it’s not a harem type novel, Mc doesn’t need to humiliate all the women who treated him badly or marry whoever helped him, I like his personality he just gets pissed off when they try to kill him or get in the way of his plans. btw i think you missread he didn’t give a fuck about the zhang girl, just helped for his friend.

I never said I desired harem bro… I lost interest in that long ago, and it’s not that I want him to humiliate her but just have some self respect.

Let’s take it this way, there was a girl who wanted you but then your guys broke up without even getting into a proper relationship. You were fine with it, but everytime you see her by coincidences, she not only humiliates you to the limit, she also tries to bring trouble to you after talking on your back.

Later you become rich, other girls come to you, okay, but then she also comes to you with, so are you just gonna forget everything, let her in and treat her as same as other girls? I think as low as anyone have least amount of self respect for themselves they won’t even meet.

I only gave the example of Lin girl, in case he really had to marry, else it’s fine. Mostly, it is better if he doesn’t even think about marring, especially a political marriage.

(4/5) Its good. Of most waste novels, its great. No usual cliche. No stupid decissions. Good cheat. Proper usage of cheat. Not much to nitpick.

After 160-170 chapters i came to conclusion, its a low level martial world or something. Because 6-7 Big realm crossing,he caan finally release true q outside of body. And every level have no big difference, they r almost same with changes here and there. Whole world has now became his enemy. Nobody to help. All resources r almost emptied. Its going from great to ok.

Yep, that’s pretty much every novel these days.