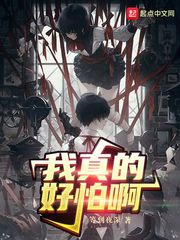 Since Guan Shan got the horror game simulator in his head, everything in his eyes became a horror style.
A carnivorous restaurant with corpses hanging in the kitchen, an apartment building with no people ringing at midnight, a psychiatric hospital full of murderers…
[Only by killing the final BOSS can this simulation be ended! 】
As an ordinary person, Guan Shan is afraid, he is disturbed, and he is afraid.
In the face of these terrifyingly powerful BOSS, he can only try his best to kill monsters and get some poor equipment in order to survive.
The end of each simulation is nothing but a lingering breath.
However, in the eyes of others, Guan Shan is the horror and anomaly itself!
“Captain, he has killed all the S-level dangerous abilities, and the entire base will be pierced by him. He is still crying for help with a look of fear. Are we going to save it or not?”
“Nonsense, he is coming to us, run!”

no transmigration MC here. MC is the aboriginal of the plot world and has no previous memory of earth nor there are any indication of him being ever born in earth and then soul travelling to that world. While in the middle of a fight between govt and criminal SUPERPOWER organisation, MC gains his horror simulation system. this simulation system changes criminal organisation superpower users to different types of Elite / Boss monsters(only MC sees the system simulated monster form. others see them as normal human) and passers by/ govt superpower users to NPC. MC thinks all the things he sees are just virtual simulation and not reality but later he learns that everything happening is real. Then there is MC’s mysterious past and his Super OP Girlfriend which he doesn’t seem to know about.

Current chp: 35 Mc is a normal human being who gets a simulator that triggers random horror games that are all based in reality To the mc it seems like a virtual reality but people in the real world see how crazy he is. MC gains points or coins he can use to buy items and abilities Recommend the novel if you like horror genre and an oblivious mc that doesn’t know he fights in the real world and not in vr

It’s a nice one among most of the garbage released

Let me guess, all the place setting must be on Chinese??? There is just mighty Chinese and chinese right??? Other are garbage ????

I do understand some hate for racism and stuff but still gotta say that if I had to write something like this then I’m definitely sure that I’d use some horror settings that I’ve seen so basically limited to my country’s original stuff and maybe a little Hollywood. So I don’t see any problem with Chinese story setting if it is there (I still haven’t read this stuff). Of course if the author is discrediting others and giving proper hate towards them then that is a whole other ball game.

U must understand that people must prioritise there own country especially chinese was strict to this, if there own country men prioritise other country then its a kn of betrayal of there own mother land. Not to mention that even if its racism its the author right to write and we dont have any right to it and plus some chinese reader will like to see there own ciuntry to ve more powerful even if they are only in a novel so they will comment to write this and this author was only writing a novel for a living so understand it.

Everyone know Gotham, hogward etc etc. Fuck skip. Thank you for the reply.

5 stars! Unique story interesting characters and game mechanics. Try it out for yourself