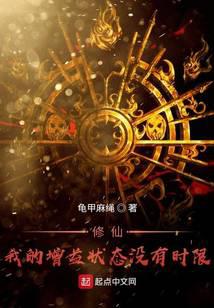 Immortal Cultivation – My Buffs Have No Time Limit

Eat a meal, the satiety state acts on itself
[Satisfaction: Restores 1 point of stamina per minute for ∞]

no more meals
Put a talisman on the body, and the armor and horse’s magic act on itself

Take a medicine to increase the spirit, quench the body, nourish the soul, and prolong life. . . Act on itself, eat one tube for life.
The secret art garbage that exploded for three seconds and three years of weakness? No, that is the strongest magic skill!

Do you realize how long the Taoist rhythm of waiting for a thousand years is long? No, it spins around me every day!

Not bad. But thanx to me reading almost 1000 cultivation novels, I can almost predict what will happen next in the plot. Pretty generic plot. Nothing unique. Similar to most of the VR Game Novels, MC has too much buff OPness. Then there is the low key hiding cultivation realm shit. All in all just MEH.

Well, at least MC in this novel didn’t forgot his cheat unlike other novel: MY BODY IS BLACKENED, THE BUFF STATUS IS UNLIMITED. Good at the start, later MC forgot using his cheat, and finally story turn into shitty generic xianxia story full of young master farce and being hunted down by old antique after killing their youngers

What a disgusting novel, I hate the most when author don’t know how to make a story and try to force everything it disgust me deeply.

Basically the MC got nothing to do with other people but there is always some one coming for the MC to seek help I even start to wonder who the fuck is that MC had only 1 friend but irrelevant people coming.

Just random dudes ask MC for help in impossible situation an example he teamed with people for a mission they acted alone for the whole mission but the girl that team up with our MC came to him to seek help and the whole law enforcement was dragged in not only our MC become a target related but he become the main culprit cuz there is no one to blame whats more the girl(girlfriend of he’s friend) dragged him into it and he agreed to it while getting nothing in return and ofc it’s a pure death chase a golden core cultivator who defected the sect while our MC is like and 2nd stage cultivation he’s basicly an ant, ofc our MC doesn’t die he get forced into plots by author so he force heavy ass thick plot armor too.

And it happens alot MC basically brain is offline when it comes to some one who ask him to help, instead of cultivation and developing he running around without any rewards, later on I don’t know if author got a brain hole or something MC doesn’t even remember he got cheat! It basically disspeated from some reason MC become forced into everything and he never actually related to plots that author force on him! Just being not in the right time and wrong place always keep our MC being involved in everything and take blame for everything

Just to understand how retarded the author is MC got spirit root of yin and wood basically zombies and corpses he cultivate ghostly and zombies scriptures, then he some make 360 degree unexpected and start to learn Buddha light or something how the fuck this is compatible with Ghost and zombies techniques that he cultivate blows my mind while MONKs in the novel use light to purify them 🤔
He fucking carry a coffin on he’s back use he’s refined zombie and learning Buddha light

Is there a simmilar novel