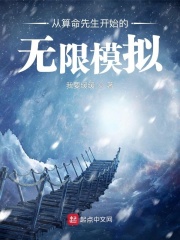 Sun Yu traveled to the world of Gaowu and became a (Jiang) fate (lake) first (deceive) to give birth (son),
Successfully used the one-hand hexagram technique, earning enough principal, and opening the golden finger life simulator.
As long as you recharge, you can simulate life unlimitedly.
After the simulation is over, you can keep the cultivation realm, practice experience, and death memory.
[You have been practicing medicine for several years, and you were fortunate enough to obtain a book of exercises. It took you twelve years to finally get started and become a ninth-rank martial artist. One day, you encountered a tiger demon while passing through the mountains and were bitten to death. 】
[As soon as you came out of the mountain, you were the ninth rank. You joined a certain family as a guard. After more than ten years of hard work, you were blessed with double happiness and became an eighth rank warrior. At the same time, your wife gave you a big fat boy, but it was only half a year. Come on, you’re dead. 】
[In order to avoid your enemies, you practiced in the deep mountains for several years. When you came out of the mountain at the seventh grade, you found that things were right and wrong. All the people died because of you. You went to take revenge, but you fell into the enemy’s trap by mistake and were besieged to death…]
…
After simulating countless times, [I can’t continue to simulate, you are invincible in the world, all the roads are under your feet…]

Similar to “My Life Can Be Simulated Infinitely” but MC is an Idiot. No matter how peerless your cheat is idiots only ruin it.

This is pretty good for a pastime read