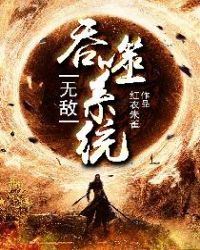 When he woke up, Luo Zhen became a green snake with bamboo leaves!
“The host wakes up and gains the devouring evolutionary system!”
“You swallowed the venomous snake and evolved into the poisonous snake! You swallowed the poisonous spider and gained a new skill: poisonous arrow!”
“The host is upgraded, congratulations to the host for acquiring the blood of the snake! You have grown water and fire wings and become the ancient snake!”

Read the first few chapters… Not my cup of tea.

The Mc is a snake who just got super devouring system. He is scared af even though he killed a monster 4 ranks higher than him in the beginning chapters, after that he hunts any beast which is weaker than hum by two levels.

Not only that but when coming across humans, he becomes even more of a pussy. Finally, he doesn’t devour a human saying ‘it’s canabalism’ and ‘what’s the diff between him and beast if he devours a human’ even though he is an effin snake.

I read up to chapter 50 and I can say that there is no logic in this novel mc a fool who is afraid of what is in front of hım. The author says that he thinks all the time and that it is his strength, but he releases even the weaker ones even if they want to kill him and they find someone to kill him.The funniest thing is that instead of nailing the person who wanted to kill him to the ground, he suddenly goes to another place and kills the people there. Why does he go towards the people who come towards him who have no intention of escaping anyway, instead of doing this he can kill the person there and go, but he doesn’t and of course the other guy is running away. I can only call it not trying to write a decent script Sometimes mc acts extremely inconsistently and illogically, just like the incident I just told, and it is very clear that mc is not a human but a puppet played by the author, anyway, these are the differences between good and bad writers, etc. I can’t say that he is a bad writer, after all, he tried something new instead of the 9898. scenario full of young masters, but he is definitely not a good writer or book, he may write a novel worth reading in the future, but this work is not one of them.

dude and really disappointing the novel and he becomes a snake and devours and evolves okay but after he manages to transform into human form if it wasn’t for the system panel you couldn’t know if he’s a hyman or a holy beast..but okay I can take it I kept seeing it and I went to chapter 276 but it’s hard to continue.. to chapter 226 after he enters the sect it practically becomes a generic sect novel.. but what made this novel loose was when after abolishing the cultivation of the other guy there comes an old man and asks what was going on the abolished guy with hate says to the old man that he suspects the MC is a spy and is stealing the saita’s technique because he is new to the sect and has already practiced the skill he took until perfection the elder takes the mc for investigation along with other elders who all but 1 say that it is better to kill the mc because he is a spy the usual mc “proves he is a genius” and in the end everyone starts licking the balls of and he leaves everything there as if nothing had happened… so if the cliché has already started, I prefer to abandon it sooner than it wastes time (Google translation if it’s buggy and that’s why)

From chapter 1000 too much face slaping have started.started to become boring.