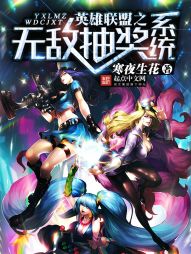 Ordinary high school student Su Ming, has awakened a League of Legends lottery system, he can get the items in game or hero skills, and use it in reality. You said you want to hit me? Janna use shield; the results are not good, the exam will not? It’s good a idea to plant vision ward on someone else’s test paper during the exam; would you like to see a beautiful woman taking a shower? This is even simpler, and it is not enough to use Teemo’s passive stealth.