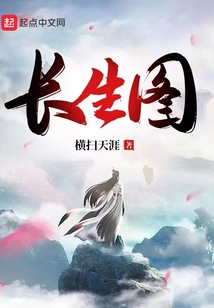 “Yin Fu Jing” has a saying: It is also a stealth machine, and the world cannot see it or know it.
Xu Hong travels through another world and finds that there is an extra volume of “Longevity Picture” in his mind.
Relying on this, not only can you monitor your own and other people’s lives in real time, but you can also steal secrets to convert abilities and lifespans.
The picture of longevity, the picture of longevity.
Therefore, Xu Hong set a small goal…to live 100 million years.

The novel started of good. The best thing about it was comedy, the plot made it smell as popcorn or wish fulfillment novel.

There was only face slapping, easy going mc, misunderstandings and he being low key to his clan and only coincidentally showing some of his skills.

But when later he again started acting like trash when people started acknowledging him as genius like before, I was annoyed and stopped reading for now.
.
I had a feeling this was going to go round and round, authors do that shit when they have no plot in mind and heroine was also about to be introduced I guess.

I want a serious plt and smart mc, while comedy is just a side dish for me so it’s not my cup of tea but those of you looking for good comedy without any serious change in emotional fluctuating, you can give it a try.

MC’s Cheat: He can appraise himself and others, his lifespan increases as long as his body feels comfort and decrease when it feels discomfort. He can consume the lifespan randomly to master martial skill but it’s not in his co trol and somehow this guy always loses most of the lifespan he has when mastering them.

He cultivates health preservation technique to increase lifespan and after only following good points of Turtle Essense Art he turned it into Azure Emperor Longevity thing that doesn’t make sense but okay. Somehow, he thinks it’s weak and lacks combat power when it is already the strongest technique shown in the novel so far… Yeye you know it.

As for the plot, there is nothing new or something serious…. The main plot line hasn’t seem to have started yet I think, so I won’t mention it, you should read a few chapters and you will understand…. Don’t worry, I bet you guys will laugh a few times at least, I sure did.