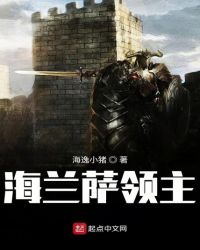 A fighter from the Grimm Empire, Surdak Hylansa, joined the infantry regiment of the Grand Duke of Newman in Bena Province, and rescued a young man when he participated in a plane war. The young man suffered some damage. Wound, it looks like a dumb, the evil spirit they fought together in the army…

This novel is kind of weird.. I mean I read upto 65 chapters and barely got any information regarding the world background or cultivation level or even the cheats and abilities of the main character. Everything feels very slow pased and casual giving kinda plain and boring feeling plus many things are confusing to read. Rating : 2/5.

I read all chapters and I dont know if Mc was strong weak or medium strong.xDe

I read something like 550 chapters, and here is what i can say. This novel is being destroyed by the piece of wood we have as a MC. This guy has no ambition, he is passive as fuck, and always end up moving because wind right because the wing is blowing left. It could really be a nice kingdom building novel, but it always fail to be so because we have a wooden puppet as a MC, he has no grows even if there are many opportunity for him to do so. Even if you give him 5000 chapters, i feel like it won’t change at this point, and it’s killing the novel for me.