Lord Wants To Be An Emperor 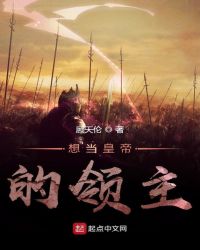 Aslan was born again, reborn to the day when his family drove to the border to farm land fifty years ago.
He once rose here and developed the poorest region of Merlot in the kingdom into the richest commercial city on the mainland.
After this life, he doesn’t want to be a lord and a minister, he wants to be an emperor.
Below one person is above ten thousand.
Aslan famous saying.
The lord who doesn’t want to be the emperor is just not a good lord.

I wanted it to give 5* rating but by mistake it became 1*.
So guys who came to see review please don’t mind it.
This summery is like a reincarnated Lord who reborn again and trying to develop his deserted territory. It is a story like “release the witch ” but here our protagonist use his own magic and innate talent to develop magical science like those in Japanese anime.

I’ll bookmark it, when the chapters are typed normally, I’ll read it))

I hope they add more chapters

Less wars
Less kingdom building
More on the mind game side.
The magic and knight stuff is just meh

In the late chapters MC head became big by continous victory and became arrogant to the point that he let his idiot brother became more dangerous. But meh it’s still a good story. 5 stars for me

Can someone share where i can find the raw of this novel.. Thanks

Good novel give it a try