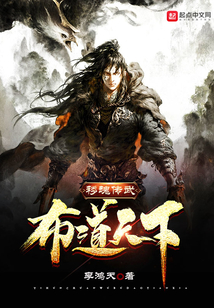 In the 9th year of Qingli, the world was in chaos.
At the same time that the human race has banned martial arts for eight hundred years, foreign powers such as the gods, demons and monsters broke the closed doors of the human race and carve up the …

Finished reading all up to date chapters so far, it’s very good. Although author is very biased towards humans, they write corrupt officials well, it’s just that the characterisation still need some more work.

Without spoilers; all in all, a good story, but with a beginner author, so it has some defects.

Need this one to be updated pls i wanna read the latest.

I dont have discord so can you guys help me with my req. TIA.

Just posted it in discord for you

Typical MC hiding his identity and making too many aliases to confuse people and the readers too. In the novel, the human dynasty becomes paranoid that how all the past dynasties were overthrow by people of high martial arts so they banned the practice of martial arts and ordered army to search all the homes of whole Empire and burn all martial arts books. So it became a capital offence to practice martial arts for anyone who is not of Royal Linage. After 800 years, all the other foreign races such as divine, demon, beast, immortal, buddha, etc. forcefully tore apart the shield that protects the human race invaded the dynasty. After many humiliating defeats at the hands of other races, dynasty compromised to let foreign races do whatever they want in human land. Novel starts 100 year after other races invaded that is 900 years after ban of martial arts. After 100 years, other races have basically built their powers in human lands and have already weakened human race from inside. Emperor has become a drug addict lustful person. As of chapter 120, total no of cultivation realms are 10. Because the 1st human sovereign left human sovereign qi in the human realm, so foreign race Supremes(lvl 10 cultivation) and lvl 9s can’t come inside the human realm. While lvl 7s and lvl 8s after entering are forced to reduce their lvl by 1 so after entering human realm lvl 8 becomes lvl 7. The strongest of humans is the national teacher Cao Man who has lvl 6 cultivation and a battle power of lvl 7 so he can handle foreign race high lvl combat power while being inside the human realm. But after story starts, now that so many time has passed, sovereign qi has been weakening. Now lvl 9 can enter as a lvl 8. Too bad before they can take action, Cao Man broke through lvl 7 with lvl 8 combat power.

I would add a spoiler alert out there xD.

神交系武道Raw name for anyone who wants it.