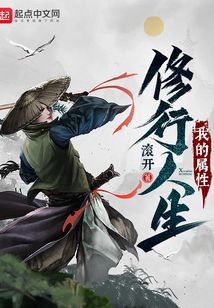 This is a story of a modern man returning to ancient times, returning to a real world without any extraordinaryness, and slowly rising by relying on the ability to attribute all data.

P.S: From the author of Way of the Devil, very good read!

I’m always skeptical about reading anything from this author because he likes to always kill off his heroines.

really disliked the first chapter since the mc’s predecessor was a total asshole dipshit to his sister.
years of work to earn money for the family yet fucktard throws it in muddy water ruining most of it. smh

The series is excellent, if you liked this author’s previous works, you will most likely like this one as well, I don’t know why it’s so disliked, well I guess I’m also a little bit fond of the writing style of this author so I might be biased, but if you enjoyed his last work you will most likely enjoy this one as well, I hope that w this one he won’t screw up in the middle part like he did w his last series.

Update chapter 284
The series is still going strong, it is like ur normal series written by this author, don’t get misled by the negative review the series is great, with no forced plot and a rational MC. Even the premise is pretty interesting in seeing how the MC tries to create a new cultivation system .Don’t get fooled by the beginning, I agree that it was pretty slow-paced and without that much action but all of that changed after a few tens of chapters, especially after 100+ chapters. Anyway, all in all, those 300 chapters were great and satysfing , can’t wait for more chapters.

What happen to his sister? Tbh, get lost really dont care if his relatives died or lived a happy ending.

In way of the devil all of his family died, only his son got reincarnated so he lived till the end and his new wife, i really pity his other 1st wife because she fear the mc the moment she saw him become stronger. And lastly the broken boundary where mc family also died, although died because of old age after world reiki come to end. The good thing was that his family live with him and he also protect him. I only hate that he didnt make a children with his 2 master, when i thought they really love him and willi to do that with him so they can spread his seed. Aghhh

If author could just change his habbit of sad romance it would be really good.

Now i fear that i will saw a bad ending for his sister who will die the future for sure unless she also become a martial artist like mc.

Pls spoil me what happen to his sister

DragonSlayer13579
Reply to  days of terror

Update chapter 383
To answer @days of terror, till now his sister is ok, she is happily married and seems to be pregnant, she doesn’t practice martial arts (and there seems to be no foreshadowing of her having anything special), so everything is good for now.

To continue my update, the series is still going strong, no bullshiet , no forced romance(there is barely any romance at all which is great), no forced plot, no dead-brain young masters or cliques, a great series that I would highly recommend to anyone who has a little bit of experience w reading, I will continue my updates as the series is released, I hope it will continue like this

if you liked this author’s previous works, you will most likely like this one as well.

It’s a lie “if you like author other works you will like it too” first of all let’s talk about the MC character he’s not evil not even smart or cautious, he is a stupid person that can’t fend for himself and always get involved in other people business without reason always trying to get into problems that doesn’t even give him any benefits and make enemies non stop then he complaining that he’s fate is controlled by others.

he had a teacher, the teacher accepted him just for him to be follower(spy) of his daughter then got almost killed by his teacher(he consider to kill him because it doesn’t matter if he kill him or not no one could say anything cruel I know) be he didn’t he had other problems didn’t want to waste time so he simply kicked him out, MC plot armor kicked in and some friend had a powerful dad that accepted him as he’s disciple later on the MC got involved again in the story of the father and daughter that really got nothing to do with him he just could sit still and went to help them implicated the correct master and he’s son(friend) lmao then a surprise they r rebels so he got he’s road closed to official path lmao he did work as an official 1 year later on he become forced into assasin organization to be a dog and it’s just an example He always trying to find problems and get involved in everything he can’t just pass things that have nothing to do with him and then crying that people control him, because he have cheat he’s a good pwn to do dirty work because he citizen status a bit better then slave, instead of cutting ties with he’s teacher that teaches him for few days not even a month he choose to help the rebels and implicate he’s sister oh boy and it’s not the only enemy he offended and every one knows that it’s him, defiantly not the smart MC he doesn’t think of he’s own benefit or helping he’s sister that prostitutes herself to fed him when he was a kid instead going helping random people that he don’t even know for few days or the rebel teacher…. stupidly MC plot armor it’s not even close to he’s pervious works, there is no cold personality there is no rational thinking not even thinking about he’s own benefits he become a dog of other people he didn’t help he’s sister so other comments about cold blood etc bla bla is bullshit he’s just typical Chinese MC with huge plot armor with status of better then a slave and I read till the end I loved the author works but this is like 360

Thanks man, you had to test poison to save the brain cells of people like me, as for a righteous hypocrite mc like this who let such a sister suffer… No matter how many curses I write, it won’t be enough.

My respect for Thanos and Fang Yuan is rising each day.

I was wrong about this earlier. After reading 120+ chapters, this arc had good impact on MC’s character development. 👌. MC is not making same mistakes again so don’t worry and enjoy this good work 👍.

Bruh, you are misinforming others and almost made me miss a good novel, he did not go and help the teacher and her daughter, there was a disciple girl that was like him and good to him when he was serving those, taught him his martial arts, he saved that disciple girl and did not save the teacher and the daughter and abandoned them.

And mc had no resources, no path to learn more martial arts, that’s the reason he joined those assassins organization, and again he gained a lot from them, raised his martial arts to the peak, gained free information route. This is a world were one person alone cannot do anything,

days of terror
Reply to  kappalord

Nah, if you read the other book of auhor then you will understand it, its good to be honest, mc just transmigrated into unknown world where low class people can be kill any time. Without background just like mc, its almost impossible for them to climb up, even with amazing talent they are simply tools for those people with real background. Mc is developing his character from a modern person into a true martial artist, making him truely integrated into this world.

Mc didnt become a dog of other people, just because you work in the company it doesnt mean you become a dog of your boss right? Besides he is doing his job and as for people who tried to claimed his credit has been solved by him. He needs job to get money and buy medicine, he had nothing to rely on except himself.

Most importantly, he was just a law abiding citizen in his past life, he never met this kind of situation where low class like him dont even have the rights. The law in this world is different from his past life. As for plot armor sheesh even villain had plot armor let alone mc.

My advice is that DON’T trust any positive or negative reviews. This is something very unique form our author. This has very good pase and power up. No BS females, MC has believable smartness and use everything he has to make himself strong. Power system is unique so it will take 10 to 20 chapters to get used to it. Moreover, don’t worry about his sisters behavior or anything like that as it will be clear as you read it. This definitely deserves Veterans readers attention. Up to now I will give this 4.5/5 🌟 start.
Don’t miss this game because of some negative comments or reviews.

can you tell me if he is shit with his sister?

Last edited 6 months ago by julio
days of terror

Dont listen to any negative comment here. 5star as always, his sister is safe and not a prostitute so dont worry

Already hspter 338 good, (spoiler)||heavenly maiden because of his relationship has been saved by his sect and his master from clear peace palace who rebel was also saved by him. His sister and brother in law was safe from witch mountain because of mc influence. It can be said all people who had a good relationship with so far is safe. And his enemy only die little by little and mc is not a gentleman he will not kill you face to face but once it get dark he will kill you without hesitation.||

The reviews on this novel are so confusing, and the spoilers are taking away interest of readers.

Some guys even said that author kills mc’s families in other novels and have sand ending, and he might do it again here, which makes me wanna avoid it.

Protagonist more lost than anything, he doesn’t know if he focuses on increasing his own strength or if he wants to control subordinates.
He says he wants to keep a low profile while building up his strength but he does anything but that, getting involved in every problem he encounters, even the ones that aren’t connected to him.
The novel’s strength level is a mess, the author doesn’t know what he wants, it seems he only thinks at the time how the next chapter will be.
I dropped it in chapter 161, good luck to those who want to read it.