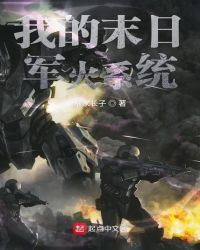 Well at first after reading around 18 chapters I kind of liked the novel and then came the chinese serious racism problem in chapters 19, 20, 64 and more..
In short this is story where virus emerged from US experiments led to zombie outbreak (country was apparently destroyed in one day) and then the next infected country was Japan due to their government negligence (country was destroyed in one day too), then came china the ancient 5000 years old country which already had immediate and sufficient preparation so they contained the outbreak to a great extent. While the later story is pretty ok till chapter 63 then suddenly out of nowhere a small side story related to Japan will start where you can learn about how evil and inhuman Japanese people are.
I stopped reading in chapter 75… honestly story may not be great but is not that bad but too much racism and nationality bullshit so it’s kind of irritating. And it’s kind of funny reading novels where chinese authors are writing about virus released by other countries. Rating : 3/5

Hehe, don’t have to read a novel — the CN government propaganda is brainwashing its people that the US released COVID and Wuhan got infected from the fish that crossed the sea. I shit you not.

Many novels that contain racism, nationalist and a bit politic are being created out everyday.
And the good old day novels are gone.
Some of them are even got dropped half-way or have a rush ending for no reason.
Wouldn’t be weird to see fanfiction that talk about how mc kill the world’s protagonist and being an ass toward anyone who isn’t Chinese.

Remember last time on faloo website, there was this one novel about X-Men apocalypse in Ancient Egypt where MC keep praising CCP almost in every paragraph. Because he thought the party gave him the benefit to travel to his favorite Marvel world.

And another X-Men fanfic during modern time when apocalypse woke up, MC had manipulated him into nuked US in the middle of Washington DC, Europe, and Japan, but China was left out.
He said to himself “Motherland, this is all I can do, and the rest are left to you”

Not sure what these authors got in their head, but I’m pretty sure that a good Author ain’t supposed to wrote those stuff.