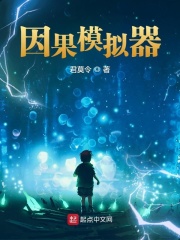 [You survived for three full days in the First Emperor’s Mausoleum]
【Grade: B+, great achievements】
[Reward: Karma Coin +50, Spirit +5, Constitution +5, the next chapter opens]
[Comment: You changed the fate of Lin Dayuan’s murder, witnessed the real end of the first emperor, and talked to the past and the present, so that the unjust soul of this ancient emperor finally smiled and superseded his life, which is worthy of the evaluation of great achievements]
The first act and prologue of the game were cleared, but Lin Shuhang suddenly realized that he had become stronger and smarter in reality, just by playing a game.
And what is even more amazing is that, based on this absurd travel experience, he wrote down a piece of paper, which directly caused a sensation in the archaeological circle of the entire Z country. A big step forward.
Looking at the excited mentors and various experts, Lin Shuhang silently turned down various invitations, hid his merits and fame, and went back home to open the inexplicable simulator on his computer.
This is just a prologue that claims to have the smallest causal change. What will be the causal scene in the next chapter?

how is this novel?anyone who read it comment please

Man… He asked a question in English, don’t you think it’s better to answer in English too? Everyone here is a English MTL reader.. So I thought something like this was obvious and doesn’t require others to tell you.

be polite, it’s common sense, don’t give reasons to hate our community.

Last edited 1 month ago by Dudao
netor
Reply to  Dudao