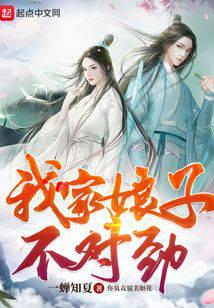 My Lady, Something Is Wrong

Wake up.
Luo Qingzhou became a little son-in-law of the Luo family in the Chengguofu of the Great Yan Empire.
In order to help the second son of the Luo family repent of their marriage, Luo Qingzhou was forced to marry a foolish bride who was said to be unable to speak or laugh.
It was not until after worshipping heaven and earth, after the bridal chamber, that he suddenly discovered:
“My lady, something is wrong!”
Not only is there something wrong with the lady, but even the two little maids beside the lady and the rest of the Qin Mansion are not right!
The maid is sweet and charming, and her voice is like a lark;
The little maid was as cold as ice and snow with murderous aura, and she sealed her throat when she drew out a sword.
My sister-in-law is full of talent, and she is as delicate and delicate as Lin Daiyu.
The little cousin is arrogant and arrogant, and the whip is fatal.
Father-in-law’s face was serious, and his mouth was dirty.
The mother-in-law is as beautiful as flowers, and she loves to roll her eyes.
The second brother practiced martial arts wholeheartedly, and said that he wanted to honor his ancestors.
And Luo Qingzhou, he just wants to be a little son-in-law honestly, and then sneak in and be invincible in the world…

Malnutritioned and mistreated Mc was married to some other family. He got better treatment, food, clothes, respect . He didn’t had guts to say anything in original home where his mother died. But Wifes home he has attitude, demands stuff, expects stuff. His wife had sex with him first day, and one more time after that. Rest of the time they donn’t meet each other. But Mc is not satisfied, he wants more sex. 40-50 chapters r all about these. Who is having sex, why i am not getting. I want other girl to have sex. Now he even misbehave in His wife house. He had build up so much courage, god knows from where. What sick mantality guy is this fucker. Waste novel.

There is also maid of wife, who keep smiling like “puchhi” every chapter. Motherfucker is not even funny. No fight, story, plot, its to stupid . Fuck i am dropping this shit. Whoever has the courage to read all chapter, has reached god level in poison tolerance.

Back then, when I always had good novels in hand I never understood your frustration but now… I truly do.

this story is about toxic relationships of a transmigrator XD

2/5 novel. Has no consistency, author keeps changing his cheats too much plot armor. Every girl has same personality.