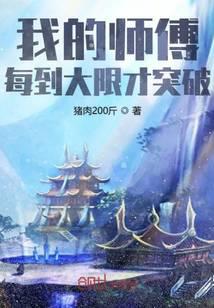 My Master Keeps on Breaking Through on the Verge of Death

“Master, it’s the incompetence of the disciple that prevented you from breaking through before the deadline.”
“Don’t worry, your master, I can’t die.” Xu Fan said with a smile as he looked at his distraught apprentice.
“It’s the incompetence of the disciple, I couldn’t get a few more foundation pills for the master, or else…” Zongmen Tianjiao, who was kneeling on the ground, burst into tears and burst into tears for a while.
Xu Fan looked at his eldest disciple helplessly, took out a Foundation Establishment Dan and stuffed it into his mouth at will.
In an instant, five colors of divine light appeared between heaven and earth.

I read several dozen chapters from it long ago, the novel itself isn’t bad but there is no plot, author sometimes forgot what he said before and what he was going to do with mc, then suddenly he remembers those things in later chapter and end them in one paragraph with a single sentence saying “Then I realized that it wasn’t possible”, dude if you know that wasn’t possible then why did you waste half of the chapter explaining the process and convincing the author.

The two biggest flaw of this novel is:-

-> There is basically no plot, it’s a size of life novel where author keeps adding anything he want while mc keeps trying to be lowkey for no reason. Though he already showed high profile to those he shouldn’t have already.

-> The second biggest flaw is that it’s too slow… Basically mc can’t breakthrough to the next cultivation level from his current one until he reached the limit of his lifespan. So for example if a Qi Condensation Cultivator can live up to 100 years then you have to read till MC’s age reaches 100. As for what MC does in all those chapters? He keep inventing new things then their new versions which gets boring soon enough.

If you are wondering why I said “Then I realized that it wasn’t possible” Thing, let me give an example,

Breakthrough Limit
MC has asked around and realized that in ancient time humans could use some cultivation methods to breakthrough the current limit of 10th level of Qi Condensation and go on to 11th, 12th…. 50th and so on, and when they breakthrough they could directly skip several cultivation stages and reach Thunder Tribulation Stage or so… At that time said it’s possible and instead of waiting till his end of lifespan he would do that, I was so excited and waited through 30-50 chapters but author seemed to forgot then in one paragraph he mentioned it mc saying that’s dangerous so let’s just wait till end of lifespan…. Like what bs.
gemberforces
Reply to  Kennny

thanks for ur sacrifice fellow daoist, for trying to comprehend this poisonous sutra and summarize it for us, to the point you’re infected by demon heart.

Thanks brother, finally someone who understands my pain, sniff sniff

Damm that breakthrough limit thing is such bullshit from the author