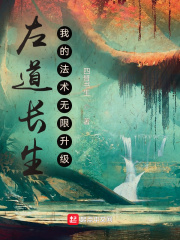 My Spells Are Infinitely Upgraded

I don’t understand a single thing this netor bot is saying, lemme read and see if this one worths the time.

Read some chapter, I originally had high expectations after seeing that his system has new taste but in the end, it turned out to be another author licking boots of government.

-> The author antagonizes the Budhism Temples and monks saying how they keep kidnapping girls for segs, spends time in brothels reciting scriptures while staring at women’s plump boobs.

-> Side characters are dumb and only hot sexy woman has some personality who somehow keeps indirecty flirting with mc, we all know that mc is trying to practice a dual cultivation technique and they would be his partner sooner or later.

-> As far as I read, I can conclude that this novel basically has no plot and author would likely go with the flow, adding anything he wants to keep thr number of chapters going.

-> Forced villains, people and organization fights him for shitty unreasonable reason, like if they want some low level technique from him, if same thing is to be done by a hot woman she would offer to buy it and mc would agree but when it comes to men they would try to kill him.

-> Most importantly, translation is of shittiest quality.