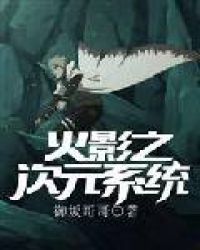 You have the strongest sword in the world, and the unparalleled power is also at your fingertips! Just ask, in addition to your own heart, what else can be qualified to be against you in this world?
Born at the end of the Second Ninja World War, Uchiha Lee…

You should give a variety, and always naruto, one piece and douluo dalu.
The cover image is very bad.

Its fine for naruto and one piece but please douluo dalu

Until the end of the first world is good, for me when they start going to journey to the west world and other Chinese mitology worlds it gets really boring.

a harry potter or dxd novel is missing

story is okay but Mc does really creepy things sometime
e.g he pretty much stole Hinata Hyuga and made her and I assume the people in the ninja world believe she was his daughter

plus his taste in anime woman is atrocious, at Naruto world anyway

good until chinese shet u know what I means.

as always, the Chinese put themselves above all, from Kaguya made the weakest in the Chinese world, but I did not notice that Chinese mythology had strong characters, only colorful butterflies are allowed, but in naruto I noticed that Kaguya could destroy the whole world, made fun of)))

i read upto 200 chapters. all o can say is this is fucking boring!!! theres no charm of original naruto work

I don’t know why the writer named our main character Lee. I imagine rock lee and bruce lee….
Wata wata ta….
Fighting like in wuxia world is not like the fantasy world

From the world of Naruto to One Piece I still like it but when I entered the world of China I immediately dropped it why not just into the anime world like Dragon Ball is much stronger than the Chinese world which can only talk about destroying mountains Goku, Jiren, Beerus and Zeno which can destroy nature the universe can beat them all easily

it depends a lot on which world you are talking about, there are Chinese novels that have absurd scales of power, where the universe that the earth is in is nothing more than one of 108000 different realities, that exist in each of the 3000 Great worlds, any half-mouthed specilist of the 3000 great worlds it can fart and the earth would explode along with the galaxy in it.
Each work of fiction has its own scale of power, I didn’t read this novel, and to tell the truth I don’t even want to read, I don’t like fanfics that come out of the worlds of “anime” in the middle, after all if I want to read a Chinese novel, I wouldn’t be after a ‘fanfic’.

Lol… Kaguya could destroy the world in naruto world… But in chinese mythology… Kaguya is the weakest in cultivation system…. Haha… Really chinese monkey nonsense…. Chinese people is already get brainwashed into their gene… Dead… And soul…. Really…. What the use of being puppets to your country until your dead?…. Haha… Capitalism country that spread and say to their countryman that all this world and dimension is exists Just for chinese?… Haha… Really their chinese People think too high of themself…i just read a novel that where the MC is panicked and scared if they are reincarnated not as chinese People… This MC is relieved after the chinese blood still flow in their body… Really…. What’s the problem for reincarnated as a Different race?…. This is a prove that chinese People is really arrogant and not accept any race beside chinese…. They think that a true human must have a chinese blood in their body….. And race beside chinese is an alien… Really….

It’s quite ironic really, a fellow human but still detest other ethnicity. It’s fine if being chinese race have actual benefit such as those Coordinators in Gundam Seed, that way at least I understood why MC relieved for still possessing chinese blood. If there’s no actual benefit but MC still make a fuss about having no chinese blood? That’s no different from having vanity, and it’s petty vanity that didn’t give any actual advantage or benefit. And it’s also an act of silently mock other ethnicity aside from chinese🤢🤢🤮🤮

I didn’t understand chinese author, they didn’t like other culture, but why make anime/manga fanfic, marvel/dc fanfic, and other fanfic from other country series?

While I wouldn’t mind inputting my personal opinion here but for a more formal approach please check chinese laws and regulations towards other countries and maybe you’ll understand. Chinese people live such closed off lives that anything they see is basically chinese and everything else is banned by the government, so they probably feel like everything revolves around themselves. As for them basically spouting shit on everything else, for a country only known for fake products (first thing comes to mind when you think of china), I guess they gain some superiority through that. And I have written this a lot of times already but the monkey is from Hindu mythology copied by the author of the weird book. And so called Buddhism they preach is also from Indian origin but because of a book they believe those are their history.