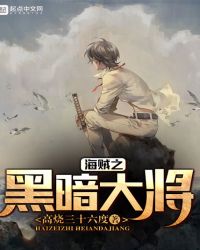 He is a naval general, praised by the world as the dawn of breaking through the haze, the Holy Lance Langinus.
He is the underground king, feared by the world as the darkness of the end of the age, the magic sword Apophis.
Wandering between light and darkness, weaving war songs of blood and fire.
When he looked back suddenly, he found that the world had been stomped on his feet.

I Spent some of my free time on this FF and surprisingly i was not dissatisfied nor disappointed like i was when reading the last 3-4 fanfics adfitions here.

One of the better One Piece Fanfics out there. It also includes characters from the recent wano country arc. the reactions of the side characters seem much oda-like . The author did his research quite well.

The MC is ruthless, intelligent and much smarter than the stupid mc you meet in most of the fanfics.
The plot idea felt good and novel in comparison to the last 3-4 one piece fanfics we have here

You may thank me now

Is there a link for the raw ?

U need to come discord… ->https://discord.gg/W8k8dHS

One of the Best Fanfic of OnePiece.
I wish there were more fanfiction like this. Even though the timeline is a little early, the plot was used in a terrific way.
Wish for more

THE novel is good but for me personally i don’t like marines as the marines are the dog of world government. They will do whatever the world government will order them to do even if it means killing innocent people for their own benefit.

ya but the pirates will kill for fun

Marine has Resources. Pirate?
Well, i believe it would be worst than World Government dog. No resources, no teacher, no Henchmen. All in all becoming a pirate is a bad decision for the first time.

I wish there was a op one piece on here

read this novel on web novel.
there is an extra arc.
extraordinary novel.