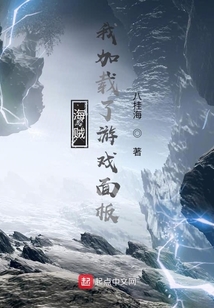 One Piece-I Loaded The Game Panel

Come to the world of One Piece with the game panel!
Take the ghost fruit as the foundation to become the death god!
If it weren’t for the panel to remind the game’s public beta to officially start in three years, Adrian would think this is the stand-alone text!
In 1498 of the Haiyuan calendar, the execution of the One Piece, accompanied by the great nautical era, and the legendary fourth natural disaster…
Wait, why don’t these players know the plot?
Isn’t that a moving leek?

Its a very good story, with a super update speed of around 2-3 chapter per day.

Imagine Legendary Mechanic but in One Piece.

Great story with the plot always moving forward and does not stick to one situation for too long.

Well whenever I read a one piece fan – fiction I don’t like MC to have any devil fruit powers because of obvious weakness. Also Miss with system doesn’t need devil fruit ability. In hear our mc has a game panel like legendary mechanic where he can gain profession by reading books gain experience through mission, killing enemies and through his own practice. He literally goes from not having any power to a strong person in 2 hours. But he still take devil fruit.overall it is a good story of legendary mechanic+one piece.

As many other wrote basically one piece fanfic with legendary mechanic type setting. Going okay for now but from any experience I’ve got the author will most likely fuck this up by so called connecting real world to the game world.

I don’t know if the above situation happens or not, this is just a guess. And I hope it never comes true otherwise this would just be another novel which will get dropped immediately by me.

the players are here only for the background, for almost 300 chapters, they played a useful role only 2 times, once when he got a lot of experience from them, the second when he switched their places with the inhabitants of Ohara

yup,almost non existence
with over 1 mil players with average lvl 20 with min stat 20 far stronger than most civilian with average 5 stats but u cant see any reaction or effect its should show,its look like all player is a salted fish not ur usual chaotic one

Well read it and can kindly say I skipped most of the novel because it sucks the later you go on. What the hell is spirit pressure, spirit physique and nether energy in one piece. This novel basically ruins the charm of entire one piece series single handedly by adding xianxia bullshit. And more bullshit is the spirits taking devil fruits. I mean big mom literally handles souls and she can’t do it your stupid little hollow hollow fruit really is going places now. Unnecessary fights everywhere, and rest is simply copy pasted from legendary mechanic so I don’t even need to read those parts. Last thing I forgot to add, what was all that drama about so much exp needed for devil fruit upgrade when same amount of skill points are needed to upgrade both it and rokushiki. The system too while copied still messed up big time.

Hey, can anyone tell me where I can find the Raw version of this?

Hmm how to start this.
1. Idea. The idea itself was quite good, the combination between the legendary mechanic and one piece give quite a good detail on the story. But, the system itself actually destroyed the power level with that many sub job while the main job is actually irrelevant I think. As a fruit user you could say that this is his main job, not the sword one. If you read legendary mechanic then Devil Fruit = Esper while Swordsman = Pugilist. That’s why the system here was actually kind of unbalanced and weird.

2. Story. It was good to start from the era of Roger, but the overall story itself has no purpose. It was just like “whatever I’ll just write it like this” So it confused reader about what the hell is the purpose of the story itself. It would be better if the story at least decide that he want to fight the world government but from what I read, MC was just like drag into it and suddenly decide to fight, the sense of justice is not enough reason to start a fight. And there are so many unnecessary side story that doesn’t have any relevant to the story itself.

I think this 2 is the best review I could give. I’m not going to commend on the writing because it was mtl (Not bad, but not that good either)

Haha, nice. A Legendary Mechanic type novel. I’m sadden that LM is done but I found this. Hope it will be good as the latter.

A good start but the more you read the worse it gets (150ch+) The overall story itself has no purpose; MC has zero ambitions, he just ‘floats’ around with no objective.

Good Start, but as it goes on the whole things go bad. MC’s interaction with players are only so-so. I can’t even understand why this is included in the story other than being MC’s experience bank.

Turned bad at early chapters.. at first he made small improvements in half a year.. which is understandable but suddenly 2 years passed and he didn’t improve at all… even after stating that training helps even if he doesn’t spens points.

That was fine until later on when interactions suddenly turned stupid.
Npcs gets introduced that doesn’t really add anything other than that the mc is just a computer program and later on no matter what he achieves hell be stuck inside a server.. idk about later on if he gets out of the game or not, but currently hes just code in a vr game.

He meets a navy in the bar infront of a lot of people and gets in a fight, his opponent a navy threatens to kill him in a public space with another navy girl (gion) watching… so he kills said navy and got surprised by his navy relations turned hostile like a dumbass and gion just sits there like someone didn’t kill a navy officer in front of her and even walks with him out of the bar…

Chinese numbawan keeps getting repeated by authors in novels.. but the only truth is that chinese authors are no. 1 in sheer idiocity

Very good and promising story. Make more of it!