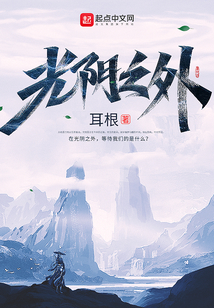 It’s the latest novel by Er Gen, I was already reading it (I am at latest chapter on mtl) before it was uploaded here, it’s without a doubt the best novel of this year, you guys can try it because it definitely worth it. Except for Er Gen’s habit of forcefully connecting many women to mc by fate “in his every single novel” I like most of his work.

can you tell me whats the actual summary of the novel? the description right now is the usual bs philosophy

Well, I will make it simple and straight because I already reviewed it too many sites.

So the best part of this novel is the decisive and ruthless personality shown by the mc, he got talent and he is also diligent, and like all other mc’s of Er Gen he is devastatingly handsome, luckily his handsome face will remain hidden until around 200 of the original chapters.

The cultivation word setting here is new, although the cultivation stages are same the world is polluted by the powers of a God who face is hanging on the sky, whenever it opens its eyes, it turns the place it looks into a Forbidden zone.

Such places have very few or no survivors at all, mc is the sole survivor of his region, but then he discovers a purple ray shooting from sky…. So he finds a treasure stone that can help his physical recovery and boost cultivation speed, but he has no place to hide it so embeds it into the wound on his chest… Yes! He hides it inside his body!

There are other very interesting characters in the novel that doesn’t need to survive off on mc’s strength and are big shot on their own. MC’s Captain in the sect is my favourite among them.

MC mainly focus on water attribute cultivation, body forging too like always and the new one unlike Er Gen’s previous work is his Poison Dao. Yep, you heard me right, he walks the path of poison which I like.

His sect is also good, they had big ambitions from the start and pretty much suprised readers by their actions. The personalities of Elders, Peak Lord and Ancestor in the sect is also very realistic, it isn’t that same old bs crap we read in all chinese novel instead they do what is more reasonable and protect their people when they need it.

Theere is another character which you going to like but I can’t name it as it might result in a spoiler… But here’s a hint: King Kong

Indeed.. I haven’t read this novel yet but Er gen never disappoint fans.

Kennny
Reply to  days of terror

Really? So in all those Er Gen’s book where mc charmed many girls…. They only married one? I didn’t know that but I am having hard time believing it.

So far (chapter 300), this is shaping up to be a solid Xianxia.
Now we wait and see if Er Gen is able to keep this up.