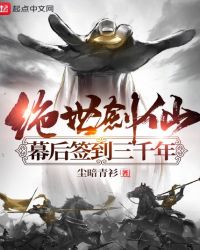 In the era of dark fog, demons danced wildly, and the world seemed to be covered with an invisible fog. Killing demons can disperse the fog and unlock the sign-in location.
And Shen Changge signed in so quietly, Gou Chengjianxian.
When a demon broke into the Daluo Jianzong, there was no one in the sect, and he was desperate until he met the young man in white who had just signed up on the Shenfeng.
The young man’s eyes were flaming.
“Do it yourself.”

this novel contains one of the most most toxic, unlikable and arrogant mc i have ever seen. Top that up with a uninteresting/ overused setting and you basically get this mess of a novel. This one is translated in webnovel upto 40 chp if somebody still want to give it a try.

I have tried to read it before in uukanshu.com
Complete trash novel with no brain arrogant MC this was my opinion after reading few chapters

He’s kinda funny in how much he tries to pretend