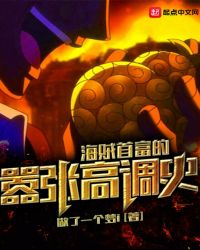 Gaia·Kaos!
Pirate’s richest man in the world, titled the Golden Emperor!
When I crossed into the Pirate World, I vowed that I would make the Pirate World a mess.
I am not like other colleagues of the traverser, who are either salty, low-key, or stubborn.
I have a strong vanity. What I want is high-profile, arrogant, troublesome, and jealous.
In my dictionary, there is not the most arrogant, only the more arrogant.
Appearance must have the appearance and compulsion, but also must be different and bells and whistles.
He is a legendary man who will fight for first place when he is dead.

It reads very pleasant, but the age does not match.
Stussy from CP0 is 24 years old in the big mom saga but we can already see her here as a teenager at least when she shouldn’t be born or at most four years old.

If im not wrong Stussy is an old lady that always looks young. In big moms ark she is almost 40 or more.

Overall okay.
Main problem in this fanfic is that the power level and time period doesn’t match.
MC’s story starts at 1497, but at that time BIGMOM, Kaido and others are just starting their fame to Yonko. So atmost they are little more stronger or strong as an Admiral.
At this time perid Marco, Katakuri are not that strong.In fanfic the actions and pride of Big Mom pirates are like when they are Yonko.
There are many similar situtaions.

It was quite funny actually lol Sakazuki and ivankov. Nice one for a fanfic.

All I can say is that this novel is a gem, don’t be mistake arrogant like those Xianxia or Wuxia kind. This MC arrogance is way better and most the time the scene should be finny as hell. His DF development is so good. Even the original user of it is way behind him.

Took me a good 5 seconds to recognize that the cover is someone eating a devil fruit.

a good ff with likeable mc,from the title u can already know what kind of mc this novel have,though he is arrogant but he is not ignorant or fool like some CN novel mc,u will find his crazy arrogant n willful antics its very much 🙂

but my only dislike is too much chara with 1b+ bounty in here,like seriously there is a group(flying pirates) with over 10 1b+ bounty pirates n with how the author said in this era(20 years before luffy timeline) the bounty is more valuable than in great pirates era(after roger death)ex:pirates with 5m bounty is equal with a 40-50m bounty pirate in great pirates era,so u can imagine how strong its should be for pirates with 1b+ bounty in this time,but seriously i dont find them that strong or fit with their bounty,
ok they can haki with awakening DF but its still not enough to became 1b+ pirates even in luffy era not to mention in era where the bounty is more valuable!!

few flaws, ok popcorn novel but nothing stand out much

So the story is of a random guy who traverses to one piece and somehow becomes very talented because he is a traverser, then eats gold devil fruit and practices for 3.5 years and automatically learns some navy skills too because he has seen the anime.
Then starts the main story where he wants to be the richest and most arrogant guy in the world and also just because he trained 3.5 years he thinks the world should give him a certificate to act arrogantly at will. Now with his gold devil fruit he creates xuanyuan flying swords, gold pins, gilgamesh armor, angel wings etc all and then moving forward… in his third fight awakens observation haki (complete plot armor) and then picks up a fight with akainu for no reason and learns armament haki (plot armor again) and during the fight he gets beaten like a dog and finally runs away. Then when he finds out akainu has forgotten about him, he starts randomly attacking navy ships and telling them to give him 100 million bounty and say hello to akainu as if they are life and death rivals.
Also since the author is writing 20 years before storyline the plot is a mess too.

Now honestly I saw good ratings above so I started reading this but after reading for 33 chapters I am in such a bad mood that I am not going to read any more novels for a few days, maybe the novel is not my type but personally felt very irritated reading this.
Ratings : 2.5/5.

that’s right!!….bro me too because I saw good rating above started reading this but it’s started get annoying first he thinks Rogers weaker than golden shiki and he thinks Rogers became pirate king because he only lucky enough to managed get to raftel.second in the beginning mc says he will not massacre innocent like pirates but he started brutaly slaughter many marine bases because a he wants a fuking red light district for information I mean man what’s the uses of red light district when you know fucing plot….third power levels so confusing …he highlights golden shiki so amazing even fleet commanders have high bounties of billions and so powerful … I had enough of this shit because this started become comedy he changed bounty by blackmail fleet admiral kong …it’s a ridiculous bounty fuk he even share information of his teammates … so I had enough ….

When are you going to update The Richest Group bounties?

This is the best One Piece fanfic I ever read. It’ story is just top notch and the way the characters are portrayed is amazing. Keep up the good work Author.

Unique, the mc is really good, I mean it is very different from the garbage novels where author said something but the character do another, no it does not happen in this novel, if Author said MC is gonna be the most arrogant and high profile, then the MC actually do and become the most arrogant, if Author said my MC is a evil piece of shit, then what u gonna get is a evil piece of shit, and not some fake ass villian acting but really u a hero type shit. Not the greatest but hey atleast the author don’t lie to u.

Anyone knows the raw link? MTL is better since they give the raw name of every novel they posted. Why can’t Comrademao do the same. But well🤷🏻‍♂️