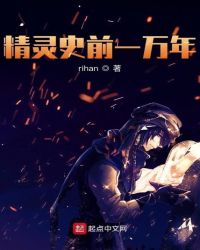 He Chen woke up and found himself in the world of Pokémon.
But… Old Chuang, tell me why this is a prehistoric world! ! Also, I don’t eat it! I don’t eat “baked little raddas”!
The hungry He Chen couldn’t help but smell the smell…
“Huh? It’s quite fragrant…”
[Farming Adventures in the Prehistoric Elf World] This is a prehistoric history of struggle and blood and tears.
The Pokémon Alliance was started by him, and the fire of civilization of elves and humans was ignited by him! He Chen will bring a legend and myth to the prehistoric elf world!

Poison testing – it has a few flaws but overall it was not bad so far (50 chps) … Just names for poke in prehistoric times be something else like green bug for catterpie. Well mc does correct it by renaming it as catterpie amongst his tribe.
In a nutshell prehistoric Tribe Development novel in Pokémon world with a dark undertone.
Thank me later

I was almost too lazy when MC met pokemon suicune, suicune was born during the fire of the bell tower so why did he appear in prehistory?

I’ll try to read more before rating, it but it doesn’t seem like it will get my full marks

Good idea at first, but poorly developed.
The story had a lot of silly comic dialogue that shouldn’t have been there and the progress of civilization is slow for everything. and how little the mc knows.
In the later plot he became extremely dull and boring with a very hasty and poorly explained development.
Anyway; It could have been one of the best pokemon factions, but it didn’t know how to develop the idea well, a total waste.