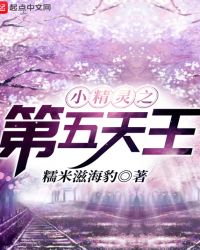 Crossed, but there is no system? This crossing is too awkward
Wait, Ash actually started to conquer Sinnoh?
Am I also in Sinnoh? What should I do when I see Ash?
mythical beast Where is Tobias, a passerby, let me snipe shot.
You must prove yourself without being too pushy to make too many people worry about…
I understand, then my goal is to become the fifth Elite among the four elites! Leading Alliance’s salary and catching Alliance’s fish leave Alliance speechless!

Here i found the nostalgic joy and adventure that i always craved in a pokemon fantasy since the old bygone days of my childhood.
Rating – 9/10
(the only pokemon fanfic i have rated above 8)

The author is a rookie writer who started writing this fanfic after his disappointment and annoyance at the way the author messed up the pokemon fanfic he followed.

The novel premises is based on the anime pokemon world. MC starts in the Sinnoh Region, alot of anime characters also make an appearance, there is friendship, joy, romance, adventure, action, corruption, betrayal, darkness in a balanced mixture. The novel can be divided into two parts as per the author, – the initial growth of mc + the battle against the dark organisation & the later life + subsequent pursuit of dreams.

The Pokemons and characters from the Galar region (pokemon sword & shield series) also appear. as such the glossary terms may not be equipped enough to make apt translations and to avoid such from happening this novel will not be updated daily like the rest but once the chapters pile up (30 chapters min) i will make terms for it and it will be released here in a bulk. (The author usually posts 2-3 chapters per day… so yoh may prolly expect a bimonthly release.

There seems to be a problem where a certain term is not being mtld correctly.
If you see the name – Adu, then you can subconsciously rename it in your mind as Lance, The Indigo League Dragon Type Champion.
hope this helps

is there chinese stereotype shit, they always come up with that i can’t be sure even if it is Pokemon. May be they start eating pokemon

yes… eat pokemon is legal, u will read/know it even before 50 chapters…

what pokemon is giant golden monster ?

Will he get a legendary/mythical pokemon?

what pokemon is giant golden monster

Which legendary? And around what chapfer will he get it?

A baby Lugia Around chapter 450

The author is an outstanding writer, the pace is good and the characters are vivid is a really good novel.
For me reading this novel is not that entertaining, I like action, this novel is more of a slice of life although battles are well written they are to few, about pokemons is really like the tv show this is something that I dislike there is no way to determine the strength of a Pokemon, I know people think that things like lv and ranks in pokemons are unnecessary but i thing is the only way to know the progres the mc is making, without it for me is really hard to determine.
If I give a grade for the novel according to my taste then is 7/10, just looking at the writing, plot and character development 8/10.

Could you tell me the real name of heluga from chapter 17.

Do you know it’s TITLE in Chinese? I would rather read this novel by Google Translating in Chinese website rather than here. At least there I can reverse it to Chinese and copy the Pokemon and Battle Movies name in google to find its corresponding English name.

– u can catch every pokemon even though their HP still full, with ordinary pokeball
– u can slaughter milktank and gogoat to make honey roast beef
– u can find kanto, unova etc special pokemon in sinnoh region, or other region in one places.
– Brook happiny in this world is real, and many more other (pikachu + swellow = zapdoss) -_-

Can chapter 722 be fixed . It’s the half end of the chapter

Although very good story, I am still searching for a Pokemon Fan-fic where MC catches Legendary Pokemons and use them to fight in the league. Especially Mega Rayquaza

The story is less about pokemon journey and more on MC drama, I got tired of reading it after a while